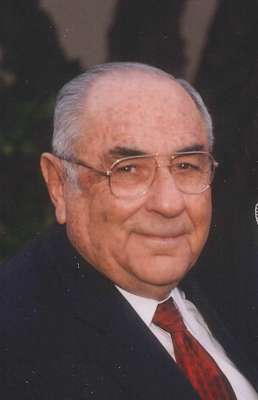 Joseph Ysidor Otondo (JY) passed away peacefully at home on September 3, 2016 surrounded by his wife and children. He was born October 21,1917 to Ysidor and Marceline Otondo, Basque immigrants of Spain who settled inArizona. He was the oldest of five children growing up in Glendale and Flagstaff. At the age of 17, after his father’s death, he began his full time involvement in operating Frisco Mountain Sheep Company, the family business. He met the love of his life, Dorothy (Ames) who he married on Valentine’s Day at Brophy Chapel 69 years ago. His strong convictions to his Catholic faith, his wife and his children were the essence of his life. His humor, genuine spirit and zest for life was felt by all who knew him. Each one in his family has been deeply touched and inspired by his life. He had a great love for his Basque heritage and the raising of his sheep. Over the course of his life, his ranches were in Buckeye, Flagstaff, Yuma and New Mexico. He and Dorothy returned home, retiring in Scottsdale in 1986. Joseph was preceded in death by his son Michael, parents and siblings Elvira Oliver, Sarah Otondo and Robert Otondo. He is survived by his wife Dorothy, his 7 children, Martha Otondo, Catherine Otondo, John Otondo, Marian Dunaway, Ann (Dan) Salcido, Susan Patterson, Patricia Otondo, 16 grandchildren, 9 great-grandchildren and sister, Carmen Washburn. The viewing will be Sunday, September 11, 2016 from 4:00-6:00 pm with the Rosary at 5:00 pm at Whitney & Murphy Funeral Home, 4800 E. Indian School Road, Phoenix, 85018. The Funeral Mass with reception following will be Monday, September 12, at 4:00 pm at Brophy Chapel, 4701 North Central Avenue, Phoenix, 85012. Burial will be Tuesday at St. Francis Cemetery. In lieu of flowers, donations may be made to Serra Club of Arizona (for priests and vocations) or Mission of Mercy Arizona. Our beloved husband, Papa, grandfather and great-grandfather ~ you will be dearly missed and forever loved.

Offer Hugs From Home Condolence for the family of OTONDO, JOSEPH