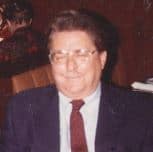 James “Barry” Owens beloved son, brother, uncle and nephew passed away peacefully on January 8, 2022.  Barry was born in Phoenix, AZ to his parents James R. Owens and Marjorie A. Owens on May 10, 1947.  He attended Madison Grade School #1 for 4 years then transferred to St. Francis Catholic Grade School where he was an altar boy and a member of the Boy Scouts. He graduated from Central High School and continued his education at Northern Arizona University where he received his MBA degree. His Catholic upbringing and education provided a prominent role in his development as a young man that continued to serve him throughout his life.

Barry began his career working for First National Bank of Arizona in Northern AZ for several years. He then moved back to Phoenix to work for the State of Arizona as an Auditor in the DES Department where he retired.

Barry loved humor and playing jokes on his family and friends. He brought joy and laughter to those who knew him. Barry and his mother were members of the Lions Club where they volunteered their time helping those in need in the community.

Barry is survived by his uncle Ed (Helen), brothers Scott (Sandy) and David (Vickie), sister-in-law Joanne (Jim), niece Jodi along with many cousins.

He is preceded in death by his parents, James R. Owens and Marjorie A. Owens

The family would like to thank Michael Lutz and all the kind and professional Caregivers who supported Barry during his medical challenges.

Family requests in lieu of flowers please send contributions to Hospice of the Valley.

Offer Hugs From Home Condolence for the family of OWENS, JAMES “BARRY”