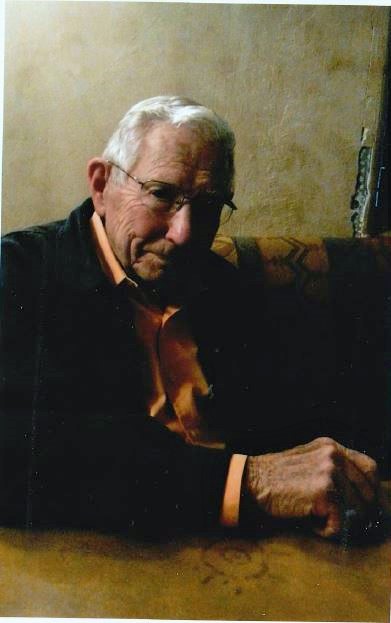 James “Jim” Raymond Owens beloved father, grandfather and brother passed away peacefully on May 8, 2019 surrounded by family.
James was born in Phoenix, AZ to his parents James M. Owens and Nell (Helen) Davidson on November 10th, 1923. His dearest Mother contributed love and inspiration throughout his life.
Being an AZ native, he lived his entire life in Phoenix the city he loved so much. He attended St. Francis Grade School and graduated from St. Mary’s Catholic High School. His Catholic education provided a prominent role in his development as a young man and throughout his life.
James served in the United States Navy as a Seebee in the South Pacific during WWII. His stepfather Hank Davidson entered his life during this time and created a wonderful relationship. When he returned home from the service, he married his wife of forty-three years, Marjorie Ann Nelson and had three sons.
James spent a successful career with the AZ Republic/Phoenix Gazette (R&G) newspaper starting out as a paper boy and worked his way up to Personnel Manager where he retired in 1989. He loved working for the newspaper and cherished the lifelong friendships he made throughout his career.
James was a member of the VFW, Elks Lodge and the North Phoenix Social Club where he met his companion, Virginia Davis of nineteen years. He enjoyed dancing and good old country music.
He was a very patriotic person who loved his country and was proud to serve. He led an unselfish life in assisting others who were in need.
James is survived by his brother Ed (Helen), sons Barry, David (Vickie), Scott (Sandy), granddaughter Jodi, daughter in law Joanne (Jim) and many nieces and nephews and great nieces and nephews.
He is preceded in death by his parents, Sisters Veronica Dudrow, Mary Jones, Doris Overko and brother Donald Owens.
Visitation will be held on Sunday, May 19, 2019 from 4:00 P.M. – 6:00 P.M. with a Rosary Prayer at 5:00 P.M. at Whitney & Murphy Funeral Home, 4800 E. Indian School Road, Phoenix. Funeral Mass will be celebrated on Monday, May 20, 2019 at 2:00 P.M. at Brophy Chapel, 4710 N. Central Avenue, Phoenix. Interment will follow on Tuesday, May 21, 2019 at 10:00 A.M. at the National Memorial Cemetery of Arizona, 23029 N. Cave Creek Road, Phoenix.
Family requests in lieu of flowers please send contributions to
The Ryan House, 110 W. Merrell Street, Phoenix, AZ 85013.

Offer Hugs From Home Condolence for the family of OWENS, JAMES