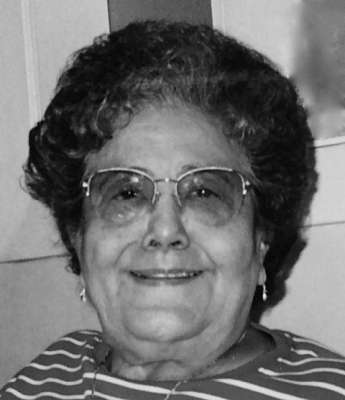 Jessie S. Pablos, 88, a native resident of Phoenix, Arizona passed away April 9, 2014. Jessie was a homemaker who doted over her daughter and granddaughter. She is survived by her daughter Patty Teel (Tom) and granddaughter Stephanie Askew Peterson (Jason & Madison) and sister Josie Hening. It is a comfort to know she is reunited with her husband Mike and son Michael. Although we will miss her immensely, she will forever be living with us in our hearts. Visitation will be held on Monday, April 14, 2014 from 6:00-8:00 p.m. with Rosary at 7:00 p.m. at Whitney & Murphy Arcadia Funeral Home, 4800 E. Indian School Road, Phoenix, AZ. Funeral Mass will be held at 11:00 a.m. Tuesday, April 15, 2014 at Immaculate Heart Church, 909 E. Washington, Phoenix, AZ. Interment will be held at St. Francis Cemetery. In memory of Jessie, donations may be made to Hospice of the Valley.

Offer Hugs From Home Condolence for the family of PABLOS, JESSIE S.