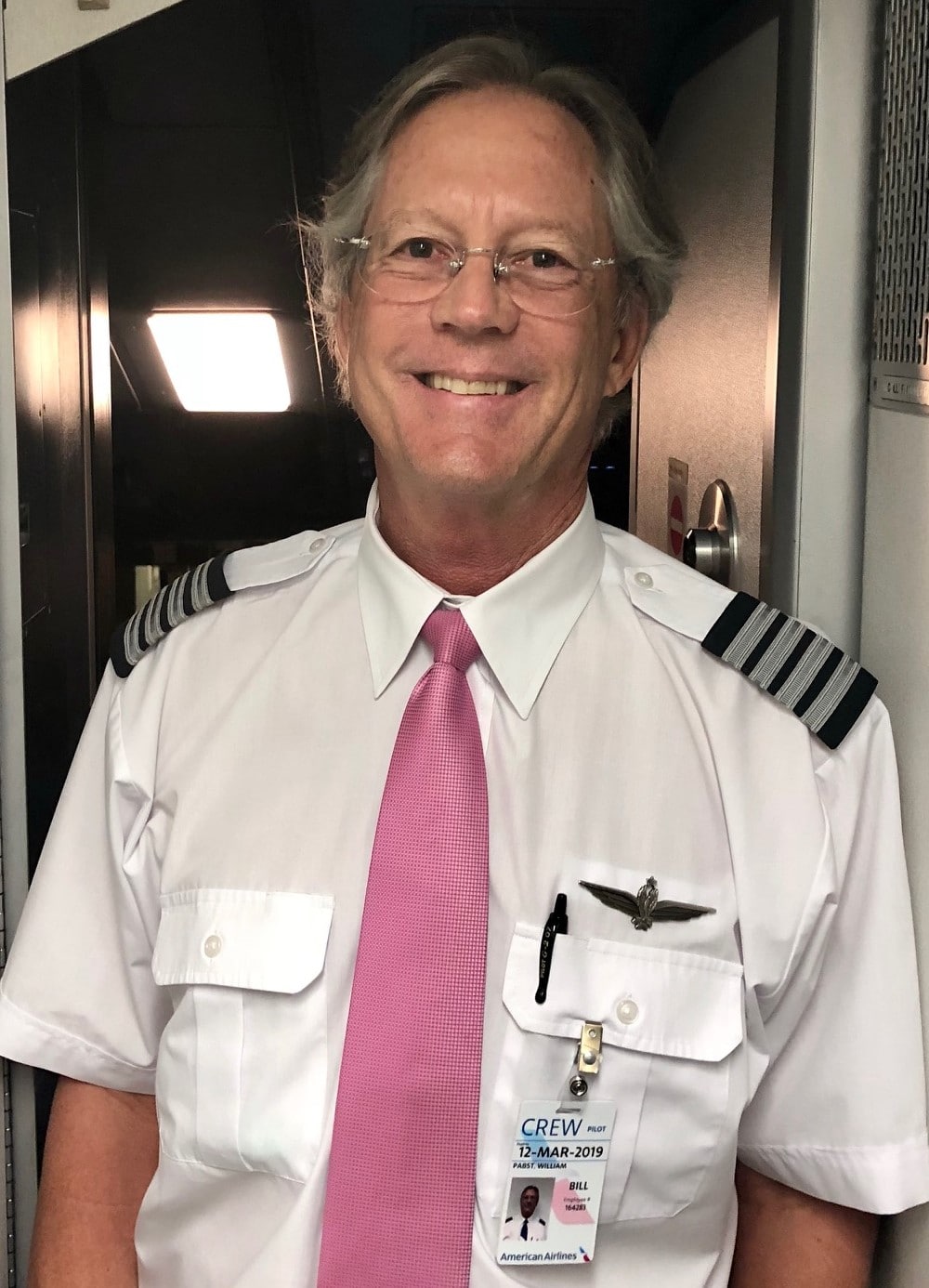 Bill was born in Wellesley, MA on October 20, 1953 to the late William Frederick Pabst, Jr. and Laura “Martha” Mustard Pabst. He completed his bachelor’s degree in finance at Babson College in 1974. He landed in Arizona in the early 80’s where he would call home.

Bill was incredibly fortunate to make a career out of his passion for aviation. He owned and operated Arizona Air, a private air charter business, providing tours to the Grand Canyon and throughout the southwest. Later, he moved into commercial airlines holding various roles in business operations, management and training at America West Airlines. He eventually returned to the cockpit and was back in the seat flying for almost 25 years until his retirement in 2018 under American Airlines.

Bill lived life to its fullest and while his retirement years were short, he took just as much advantage of the time off taking day trips in his aerobatic sport plane (RV4), golfing, movie going and any opportunity to spend quality time with friends and family. He took on the interests of his children from the time they were young through adulthood including a love for classic cars, riding motorcycles, snowboarding, hiking and traveling around the state and the world. His greatest joy was sharing in the happiness of others.

This incredibly humble man touched so many throughout his life in the most selfless, caring and compassionate way possible. Due to present circumstances, the family truly regrets that there will not be a service at this time. A proper celebration of life will be planned at a later date.

In the spirit of Bill’s generosity, please consider donating in his memory to Be the Match, supporting blood cancer research and treatment. Be the Match is the largest and most diverse bone marrow registry working to save lives through transplant. Details for both financial and bone marrow donations can be found at www.bethematch.org.

Offer Hugs From Home Condolence for the family of PABST III, WILLIAM FREDERICK