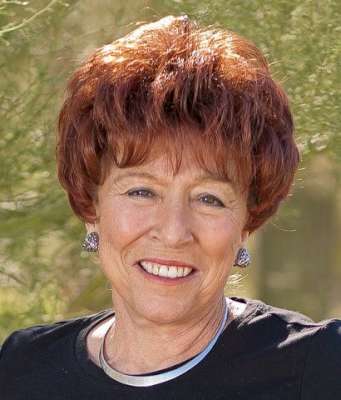 Patricia Ann Pacioni, 75, of Phoenix, Arizona, died peacefully on February 15, 2015 following an almost two year battle with cancer, surrounded by her immediate family. Born August 6, 1939 in Rochester, New York, she is predeceased by her parents, Erma Joan Lemon (Decker) and Joseph Francis Leonardo of Phoenix, Arizona and her brother Lawrence John Leonardo. Pat, as she was known to her friends, attended Scottsdale High School, graduating in 1957. She continued her education at St. Joseph’s School of Nursing in Phoenix, Arizona graduating in 1960. Pat married Raymond B. Pacioni in 1960 after meeting him on a blind date. She worked as registered nurse at St. Joseph’s until 1962. Starting in 1965 through 1969 she worked as an operating room nurse at Doctor’s Hospital, eventually quitting in order to stay home with her children. She continued to work part time in various medical clinics in order to maintain her skills. Pat was known for her love of laughter. She loved traveling and entertaining. She was a great cook who enjoyed having her children and grandchildren to dinner on a weekly basis. Her many friends would describe her as gregarious, outgoing, delightful and fun. It was often said she could go into a phone booth alone and come out with ten best friends. Pat had a very creative streak. She could paint, draw, sculpt and decorate. She loved to spend hours in her garden. None of these activities came close to her support and love for her husband, children and grandchildren. Pat is survived by her husband Raymond B. Pacioni; daughter Jeannine Pacioni Nale; sons Joseph Raymond Pacioni and Ronald John Pacioni; five grandchildren Sophia Marie, Gianna Simone, Nicolas John, Dominic Justin and Gabriel Alexander; sisters Mary Jo Backus and Michelle Porter. Visitation will be held at Whitney & Murphy Funeral Home, 4800 E. Indian School Road, Phoenix, on Tuesday, February 24, 2015 from 5:00 – 8:00 pm, with a scripture service at 7:00 pm. Funeral Mass will be held at St. Thomas the Apostle Catholic Church, 2312 E. Campbell Avenue, Phoenix on Wednesday, February, 25, 2015, at 10:30 am.

Offer Hugs From Home Condolence for the family of PACIONI, PATRICIA ANN