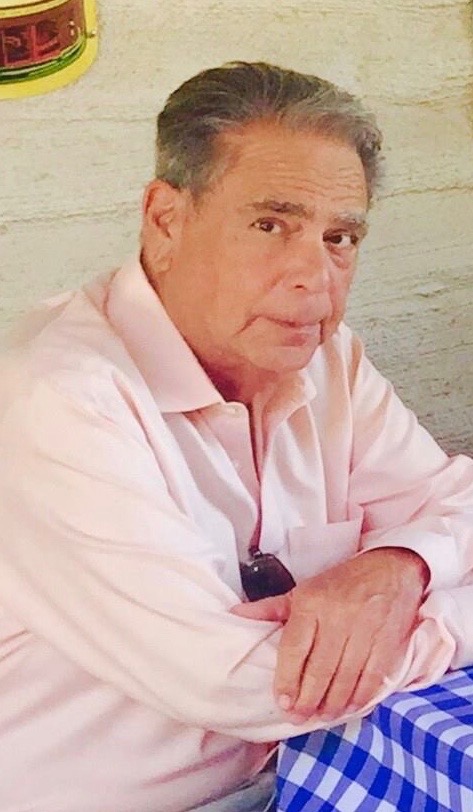 Raymond B. Pacioni, 81, of Scottsdale, Arizona, died peacefully on March 25, 2020 following a short but vigorous battle with cancer. He was surrounded by his immediate family and fiancée. Born November 7, 1938 in Chicago, Illinois, he was preceded in death by his parents, Isabelle Pacioni (LaMantia) and Ronald F. Pacioni of Scottsdale, Arizona.
Ray, as he was known to his friends, attended Leyden Community High School in 1956. In 1960, he married Patricia Ann Leonardo, and enlisted in the Army. Ray later enlisted in the Arizona Air National Guard as a reservist. He served overseas in France and Germany. After returning from his service, Ray attended Phoenix College gaining his Associates Degree, then proudly attended and graduated with his Bachelor of Science from the University of Oklahoma.
Ray was a dreamer, and he loved to dream big. During his career as a developer, he built golf courses, residential lofts and successfully owned and managed the Fairmount Corporation Real Estate & Investments. In 2004, Ray was honored by the Cooper Square, Downtown Phoenix, by receiving the “Unsung Hero” award for his significant efforts to revitalize downtown Phoenix.
Ray enjoyed the company of good friends. He had a ready laugh and liked a good joke. He loved his weekly poker game. His poker friends, some dating back over 30 years, remained a wonderful source of support in the latter months of Ray’s life. Ray loved watching sports; football, basketball, hockey. But baseball was his favorite, and he loved the Chicago Cubs.
After 54 years of marriage, Ray’s wife Patricia passed away in 2015. Two years later, Ray met Joanne Archangelo. They soon became inseparable, and eventually became engaged. It is said Ray was fortunate to have been loved by two angels.
Ray is survived by; daughter Jeannine M. Pacioni; sons Joseph Raymond Pacioni and Ronald John (Gabriela) Pacioni; five grandchildren, Sophia Marie, Gianna Simone, Nicolas John, Dominic Justin, and Gabriel Alexander; sister Inez Valesh and brother Ronald Pacioni; step-grandchildren, Daniel Olguin and Victoria Olguin.
Visitation will be held at Whitney & Murphy Funeral Home, in Phoenix, on Monday, March 30, 2020 from 6:00-7:00 p.m. Due to COVID-19 restrictions, scripture and funeral services are limited to 10 members of the immediate family. A celebration of Ray’s life will be held in the fall. Condolences may be expressed at www.whitneymurphyfuneralhome.com

Offer Hugs From Home Condolence for the family of PACIONI, RAYMOND B.