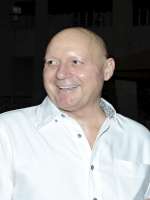 Painchaud, Roger Charles
60, born in Winnipeg, Canada on December 24, 1949 and passed away on January 4, 2010 in Phoenix, Arizona at his residence. Roger moved to Arizona from Winnipeg in 1961. He was preceded in death by his parents Leo and Leontine Painchaud. He leaves behind two daughters; Jennifer Popp and Laura Johnson from his previous marriage with Karen McGuinness, three grandchildren; Sarah, Alyssa and Aaron, two brothers; Ron Painchaud and Gille Montsion, three sisters; Charlotte Edwards, Patricia Dubrule and Pauline Dion and his loving partner Terri Stanley. He loved his family and friends and dedicated 30 years of his life to the beverage industry in Phoenix that he enjoyed very much. Roger will be remembered for his generosity, spirit for life and his unbelievable strength and courage battling melanoma cancer for the last two years. He will truly be missed and will always be remembered. We love you Dad! A celebration of his life will be held on Saturday, January 9, 2010 at 12:30pm at the Sun Valley Community Church, 456 E. Ray Road, Gilbert AZ. Donations may be made in memory of Roger Painchaud to the University of Arizona Cancer Center, 1515 N. Campbell P. O. Box 245013 Tucson, AZ 85724.

Offer Hugs From Home Condolence for the family of PAINCHAUD, ROGER