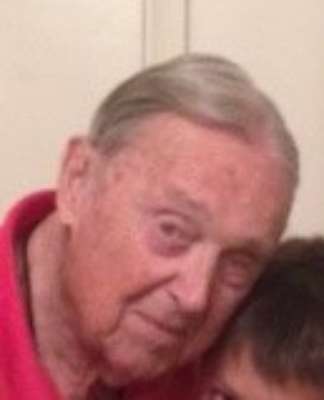 Ormond Stanford Parke died Saturday, August 2nd, 2014 at his home in Scottsdale just ten days short of his 91st birthday. Ormond was a native of Arizona born August 12, 1923 in Good Samaritan Hospital. Ormond’s father, Leeland Parke was a professor of Agronomy at the U of A, and his mother Agnes was a teacher of home economics with a Masters from the University of Chicago.

Ormond was educated at Judson School in Paradise Valley, joined the Air Force where he trained as a pilot and was based in Sardinia, Italy, and later returned to Arizona where he graduated from U of A. Ormond played tennis for the U of A varsity team and won state and Southwestern titles in the Men’s Open, Jr Vets, and Veteran categories. After the war when he returned to Arizona he married Nancy Sands Waite and they had three children, Kathy, Marshall and Amy. That marriage ended in divorce. After retiring from his insurance business, Ormond devoted the last twenty years of his life to helping others and was a widely revered mentor figure in local AA circles.

Ormond was a loving father, grandfather and friend who showed enormous grace and dignity to all of those that adored him. He was a great athlete and competitor and played his last round of golf the day before he died. He will be greatly missed by his many friends, his three children, his son in law Rick and his daughter in law Veronique, and his five grandchildren, Findlay, Gaby, Houston, Chloe and Christian.

Services will be held at St. Barnabas Church, 6715 N. Mockingbird Lane, in Paradise Valley on August 15, 2014 at 4:00 PM followed by a reception at Arizona Country Club.

In lieu of flowers and keeping with my dad’s way of living, please pay a random act of kindness forward.

Offer Hugs From Home Condolence for the family of PARKE, ORMOND