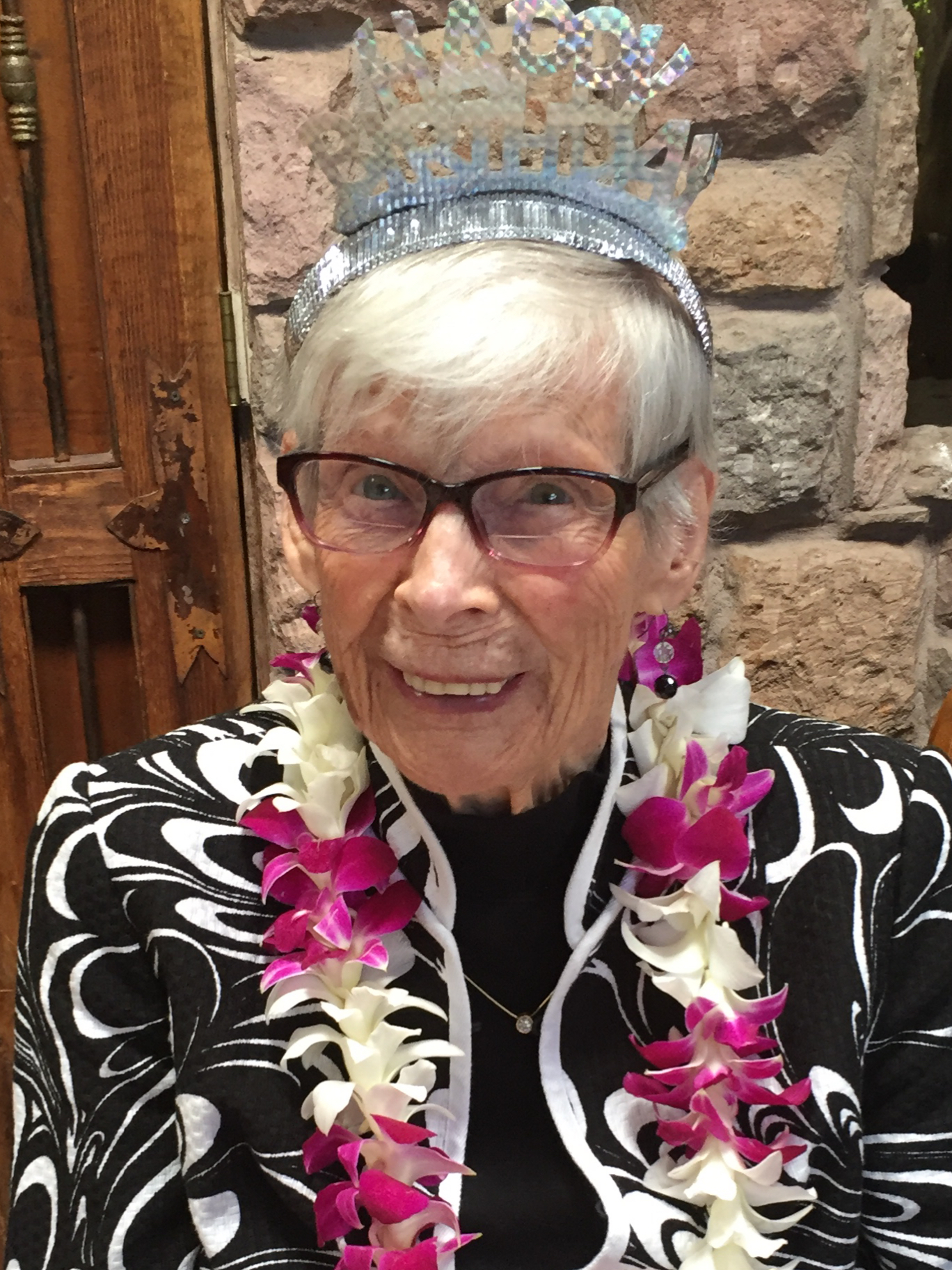 Edna, nearly 103, beloved wife, mother, grandmother and friend, passed away peacefully at home on Valentine’s Day 2017, surrounded by family and friends. She was a remarkable, humble and incredibly kind woman. She had a smile on her face, a twinkle in her green eyes and always asked “What can I do for you?” Edna and her family homesteaded in Litchfield, AZ in 1916. As a teen she moved into Phoenix to work and attend Phoenix Union High School. She married the love of her life, Amos Pasqualetti, in 1939. They worked side by side until Amos’ passing in 1998. Edna was an accomplished seamstress, potter and craft maker. After Amos’ passing, she enrolled in Phoenix College where she attended workout and writing classes. Edna is survived by her daughter, Victoria McFarland Hirschberg; grandkids Sean McFarland (Nicola), Tori Hill (Chris), Sloane McFarland (Amy); and 5 great-grandkids: Ella, Nina, Dylan, Cassidy and Kate. Edna’s family is extraordinarily grateful to the caregivers that gave her so much love and Hospice of the Valley Phoenix that took her through the last days. Visitation will be held from 6:00-8:00 P.M., with a Rosary at 7:00 P.M., Friday, February 24, 2017 at Whitney & Murphy Funeral Home, 4800 E. Indian School Road, Phoenix. A Funeral Mass will be celebrated at 11:00 A.M., Saturday, February 25, 2017 at St. Mary’s Basilica, 231 N. 3rd Street, Phoenix.

Offer Hugs From Home Condolence for the family of PASQUALETTI, EDNA RAYNER