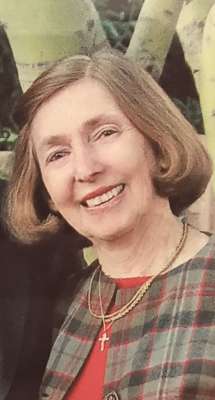 Doris Bohn Patrick, 85, died in Phoenix on February 3, 2017.  Doris was born in Phoenix on May 5, 1931 to Louis and Gertrude (Lee) Bohn.  Doris graduated from Phoenix Union High School and the University of Arizona and retired as a home economics teacher at Clarendon School in the Osborn School District in Phoenix. She is preceded in death by her brother Louis Bohn and sister Betsy Bohn. Doris is survived by James Patrick, her husband of 22 years, stepchildren Sara, Meg and Michael and grandchildren Carly and Declan. Doris and Jay were active in Who’s Who Marrieds in Arizona. Visitation will be at 10:00 A.M., with a Funeral Service at 11:00 A.M., Saturday, February 18, 2017 at Whitney & Murphy Funeral Home, 4800 E. Indian School Road, Phoenix. Interment will follow at St. Francis Cemetery, 2033 N. 48th Street, Phoenix.

Offer Hugs From Home Condolence for the family of PATRICK, DORIS BOHN