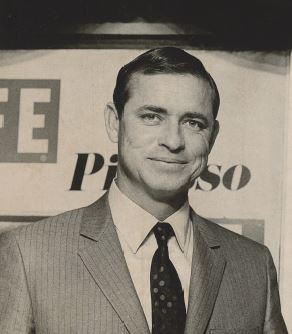 Douglas Paul Patterson passed away peacefully on January 6, 2023 at the age of 89 with his family by his side. Doug was born September 9, 1933 in Phoenix AZ, to John H. Patterson and Ruth Lemker Patterson. Doug was one of 5 children including Don, Joanne, Harris and Larry. He was preceded in death by both parents, his brothers Don and Harris and daughter Kathy. Douglas leaves behind his wife of 31 years Micaela, and son Steven and daughters Heather and Kaitlin and his 6 grandchildren.
Doug graduated from Arizona State University with a Bachelor of Science in Business. From there he went on to be a successful home builder and land developer. Doug was a true cowboy, he loved to team rope and was a long-standing member of the Sherriff’s Posse. He had many stories of hunting with his childhood friend Richard Long, captaining his many boats he had throughout the years, and riding his Harley cross country. There will be a funeral Mass held on Saturday, January 14, 2023 at Brophy Chapel, 4701 N. Central Ave., Phoenix, AZ 85012 at 11:00 A.M. In lieu of flowers please make donations to St. Jude’s Children’s Research Hospital.

Offer Hugs From Home Condolence for the family of PATTERSON, DOUGLAS PAUL