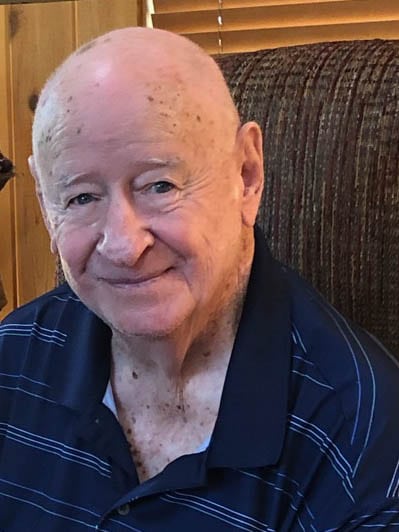 John Harris Patterson (“Harris”) passed away peacefully on November 1, 2020 at the age of 89. He was born March 15, 1931 in Phoenix, Arizona to John H. Patterson and Ruth Lemker Patterson. Harris was one of five children, including Donald, Joanne, Douglas and Larry.

He was preceded in death by both parents, his wife Dicksie Stiles Patterson, his brother Donald, and grandson Alexander Rosner. Harris leaves behind his seven children and their spouses, Erin Patterson, Laurie Martin (Stan), Joanne Carty (Jim), Kim Rosner (Chris), Annie Chamberlain (Glen), John H. Patterson, III (Jessica), and Shari Patterson Blaylock (Rob) and his first wife Karen Marie Patterson. He had 14 grandchildren and 4 great grandchildren, with another on the way.

Harris graduated from Arizona State University with a Bachelor of Science in Animal Husbandry in 1955. From there he worked for a cattle and sugar company in the Dominican Republic for two ½ years, then ran a Thoroughbred horse breeding ranch in California for more than 20 years. Harris was very active in the industry serving as President of the California Thoroughbred Managers Association, as a board member of the California Thoroughbred Breeders Association and a member of the Arizona Thoroughbred Breeders Association. In 1977, he returned to Arizona with his family and farmed over 350 acres of cotton and alfalfa. In 1978, he became the director of racing at Arizona Downs (now Turf Paradise). After retiring from ranching and farming Harris started a commercial real estate company.

His children will always remember him as a devoted and loving father. He was hard working, but always ready to play, with a quick wit and sense of humor. He loved going to ASU football games, tailgating with his huge motorhome, barbecuing, hunting, fishing and traveling. He was very involved in the lives of his grandchildren and treasured the time he spent attending their athletic and academic events. Family and friends will recall his generosity and loyalty.

In lieu of flowers, please make donations in Harris’ memory to the Fr. Joseph N. Patterson Foundation, P.O. Box 25407, Tempe, AZ 85285. Condolences and Hugs from Home may be expressed at www.whitneymurphyfuneralhome.com.

Offer Hugs From Home Condolence for the family of PATTERSON, JOHN HARRIS