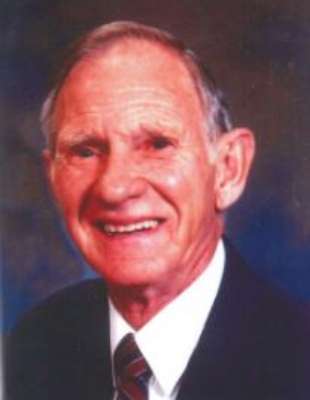 Paul Paulsen died November 9, 2015. He was born in Nebraska in April of 1920. Paul was a long time member of The Knights of Columbus and St. Vincent de Paul. Paul served in the Army in WW II and was stationed in North Africa and Italy. He moved to AZ with his young family in 1956, becoming a member of St. Gregory and later Saint Simon and Jude parishes respectively. He worked for both Meadow Gold and Shamrock dairies until his retirement in 1990. Paul was known for his sense of humor, gardening skills and his generous spirit. He is preceded in death by his wife Marguerite. He is survived by their children Michael, Mary, Diane and Joseph, three grandchildren, one great granddaughter and three great grandsons. Visitation will be held on Friday, November 13, 2015 from 6:00-8:00 PM with Prayer Service at 7:00 PM at Whitney & Murphy Funeral Home, 4800 E. Indian School Road, Phoenix. Funeral Mass will be at 11:00 AM, Saturday, November 14, 2015 at St. Gregory Catholic Church, 3424 N. 18th Avenue, Phoenix. Interment will follow at Holy Cross Cemetery. Contributions in lieu of flowers may be made to St. Gregory St. Vincent de Paul Society, 3424 N. 18th Avenue, Phoenix, AZ 85015

Offer Hugs From Home Condolence for the family of PAULSEN, PAUL ERVIN