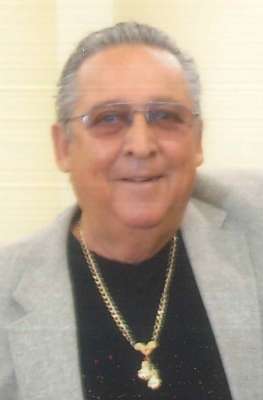 Rudy is preceded in death by his parents and his older brother Fred Paz. Rudy is survived by his wife Terry Quayle Hicks Paz of 15 years. Rudy is lovingly remembered by his wife Terry; his sister Mary Lou Renteria of McAllen, Texas; half-brother Triny Paz of El Paso, Texas; his son Craig Paz of Snowflake, Arizona, and his children Makara, Kaitlyn, Kassy, Shayley, Kayley and Wesley; son Mark Paz of Phoenix, Arizona and his daughter Lily; son Matthew (Christy) Paz of Cornville, Arizona and their children Brady, Brody, Bradley and Brawley; his three great grandchildren, 3 nieces, and 3 nephews; and stepchildren. Rudy Graduated from Ysleta High School in 1957 in El Paso, Texas and then went on to attend Texas Western College, now known as the University of Texas in El Paso. After leaving Texas, he made his way to Colorado and played for the New York Yankees farm baseball team until an injury put him on the sidelines. He then moved to Arizona and graduated from Arizona State University.  Rudy first worked for the City of Phoenix as their E.E.O.C. Coordinator. He then went on to work at Mountain Bell/U.S. West as the Affirmative Action Coordinator and then in Human Resources until his retirement. At that time, he was also appointed Commissioner for the Arizona Boxing Commission. After retirement, he worked as a corporate fundraiser for United Way, was a board member and appointed Commissioner traveling the world for the World Boxing Organization (W.B.O.) for more than 20 years and then served as president of North American W.B.O.

Rudy not only contributed to the community, but was also never one to remain idle and participated within the community by working as a director/board member of Anytown Leadership Camp from the 1980’s through to the mid 1990’s, on hiring boards and committees for several organizations in Arizona, long time member and president of M.A.G.A. (Mexican American Golf Association), he also worked at Mr. Lucky’s and owned and operated Molly Brown’s Restaurant and Disco in the early ’80s, was a member of the Phoenix Jaycee’s, director of Alma de la Gente Fiestas, played a large role in bringing Pope John Paul to Phoenix in 1987, was a member of the Greater Phoenix West Coast Swing Dance Club for more than 35 years and was the first to be inducted into the club’s hall of fame.  A Memorial Service will be held at 1:00 P.M. Friday, May 12, 2017 at Whitney & Murphy Funeral Home, 4800 E. Indian School Road, Phoenix. Following the service, a Celebration of Life will take place from 3:00-6:00 PM at the VFW Post 720, 4823 E. Thomas Road.

Offer Hugs From Home Condolence for the family of PAZ, RUDY JUAN