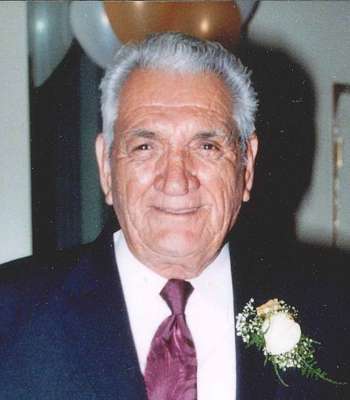 Edward C. Pedraza 82, born on April 18, 1932. Entered into rest on September 20, 2014, peacefully in his sleep surrounded by his loved ones. He is preceded in death by his wife Nancy of 56 years, who he fell in love with at first sight.

Edward joined the Air Force his senior year at St. Mary’s High School where he later received an honorary diploma. Edward remained a dedicated St. Mary’s Knights fan throughout the duration of his life. Edward was an avid deer hunter and enjoyed playing softball. During Edward’s 33 years as a City of Phoenix employee, he was also the Carl Hayden booster club president, coached women’s softball and later became an umpire. Edward was a former parishioner of St. Matthews Parish and worked the fiesta for many years. After retirement, he not only worked but also volunteered at St. Gregory’s Catholic School and Parish.

Offer Hugs From Home Condolence for the family of PEDRAZA, EDWARD