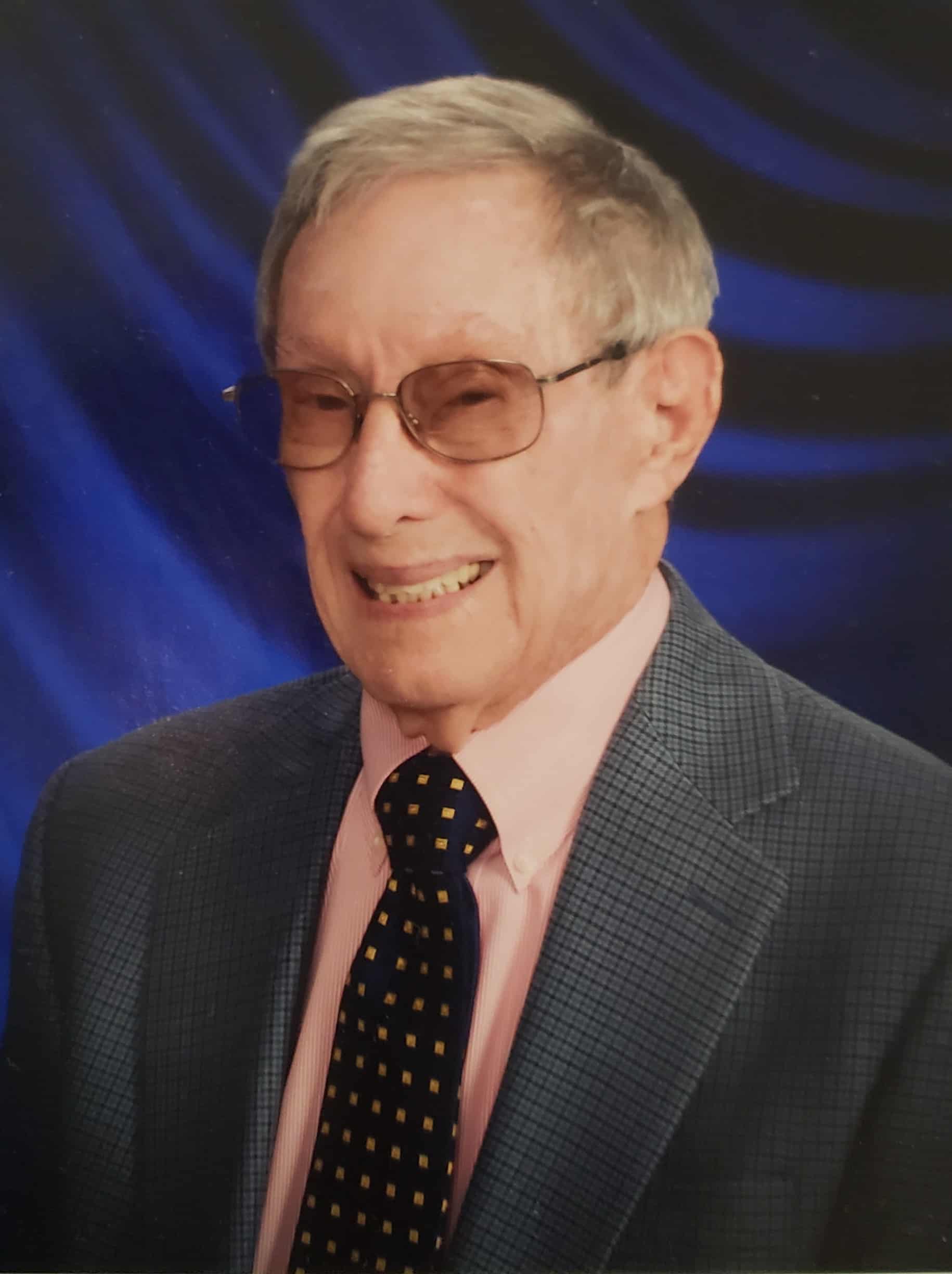 Our Beloved Father was welcomed into the arms of the Lord on December 2, 2022. Gordon Lee “Pete” Pemberton was born in Phoenix, AZ on April 25, 1928, to Gordon and Kathleen Pemberton. He was the first of 11 children born to Gordon and Kathleen. He grew up in Tolleson, AZ, but attended St. Mary’s Elementary and High Schools in Phoenix. After High School, he served in the US Navy for 2 years. He married Meredythe Ann Webster in 1949 and they had six children: Deborah, Melissa, Rebecca, Thomas, Peter and Steven. Gordon became a Mechanical Engineer and worked 15 years for AirResearch in aircraft engine development. He went to work for APS in 1973 and worked in power planning and contracts until his retirement in 1995. Gordon’s wife, Meredythe, died in 1964, leaving him to raise their 6 children. In July 1972 he married Jean Stancil Webster, Meredythe’s sister-in-law. Jean was a widow with four sons: Timothy, Christopher, Scott and John.

Together Gordon and Jean nurtured their 10 children and forged a bond of love with all of them. Gordon loved to help his wife and children as well as his mother and siblings. He loved hiking and hosting family get-togethers. He will always be remembered for the gourmet desserts he made! Vaya Con Dios Mi Padre!

The Visitation will be at 6pm on Thursday, December 15, 2022 at Whitney & Murphy Funeral Home, 4800 E. Indian School Road, Phoenix, followed by the Rosary at 7pm. The Funeral Mass will be held at 10am on Friday, December 16, 2022 at St. Mary’s Basilica, 231 N. 3rd Street, Phoenix. In lieu of flowers, the family suggests contributions to St. Vincent de Paul, 420 Watkins Rd, Phoenix, AZ 85003. Condolences may be expressed at www.whitneymurphyfuneralhome.com.

Offer Hugs From Home Condolence for the family of PEMBERTON, GORDON L. “PETE”