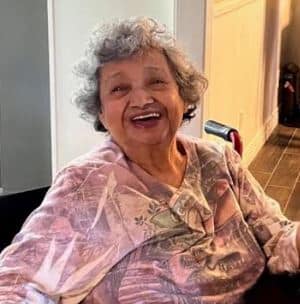 Graciela Q. Peña, 99 years of age, passed away Sunday, November 27, 2022, at Ryan House hospice center in Phoenix, AZ. The beloved matriarch was born October 17, 1923, in Culiacan, Sinaloa, Mexico to Clementina Guerrero and Carlos Quiroz and has lived in Arizona since 1946.

Graciela married Thomas Milazzo and had two children before Thomas passed. Four years later, she married Miguel Peña. They were married 52 years and had five children.

A Visitation will be held at Whitney & Murphy Funeral Home, 4800 East Indian School Road on Thursday, December 1, 2022 from 6 PM to 7 PM followed by the Rosary at 7 PM.

Flowers may be directed to Murphy & Whitney Funeral Home or in lieu of flowers, contributions can be made to Hospice of the Valley, 1510 E. Flower St, Phoenix, AZ 85014, or online at https://www.hov.org/donate.

Offer Hugs From Home Condolence for the family of PEÑA, GRACIELA Q.