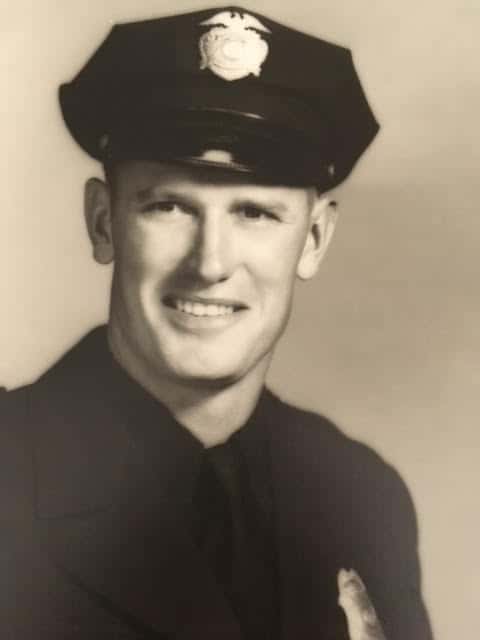 Larry Penrod, 97, of Phoenix, Arizona, found external peace on August 22, 2021. He was born on September 21, 1923, in Pinetop, Arizona. Larry was son to Elmer and Edna Penrod. He enlisted in the US Navy August 19, 1942. During his time there he served on the U.S.S. Dixie, a destroyer tender ship, as a signal man in the south pacific. Upon being discharged he married his high school sweetheart Helen Douros in Los Angeles, California, on August 11, 1945.
Larry worked as a Phoenix police officer from 1948 until 1969. He also worked for the state of Arizona DES until his retirement. Larry is survived by his son L. Mitchell and his daughter-in-law Nancy.
Larry was much loved and will be greatly missed by his family and friends. A funeral service will be held for Larry on Thursday, August 26, 2021, at 11:00 A.M. at Whitney & Murphy Funeral Home, 4800 East Indian School Road, Phoenix.

Offer Hugs From Home Condolence for the family of PENROD, LARRY