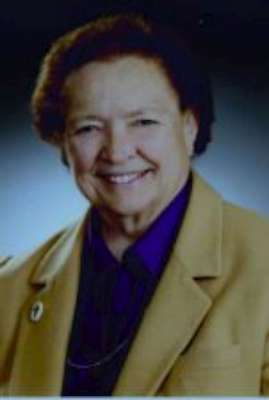 in Phoenix on December 11 at the age of 71. Born in Chicago, the oldest of three children of Gene R. Perlick and Joanne Olender Perlick, Nancy and her family moved to the Los Angeles area where she attended St. Paul’s High School in Santa Fe Springs.

After graduating, Nancy entered the Sisters of Mercy in Burlingame in 1963 and professed vows in 1966. She received a B.S. in nursing from the University of San Francisco in 1970 and served in healthcare for the next twenty-five years. She first served as a staff nurse at St. Joseph’s Hospital in Phoenix and at Mercy Hospital in Bakersfield; then as supervisor of the acute surgical unit at Mercy Hospital in San Diego. Sister Nancy then spent two years at the University of Washington earning an M.A. in Health Services Administration and Planning in 1983. She returned to St. Joseph’s Hospital in Phoenix for two years and then spent the next ten years as an administrator at Barrow Neurological Institute where she implemented many innovative programs and services which remain in place today. She served as president on the Board of Directors for Chandler Regional Hospital and Mercy Gilbert Medical Center. She also served on the Finance and Quality committee of both hospitals. She was gifted with great leadership skills, especially in finance and could always see the “big picture”. Sister Nancy grew up loving sports and in 1995 she changed direction and began an eighteen-year ministry in education at Xavier College Preparatory in Phoenix. During these years she lived and worked with the Sisters of the Blessed Virgin Mary (BVM) who sponsor the school. Sister Nancy served as Associate Director of Activities and Athletics, Director of Institutional Advancement, and on the school facilities and construction committees. Sister Nancy also served on several diocesan committees including Council on Religious Life, Future Schools Task Force and as President of the Diocesan School Board. She was often called on by the Sisters of Mercy to organize and give presentations at community meetings, and for many years she oversaw the scheduling and maintenance for Marywood, the sisters’ vacation house in Prescott. Sister Nancy was a person of extraordinary ability and energy; she was incisive, witty, practical and compassionate. She is survived by her sister Cynthia Hoffman, her brother Terry Perlick, their families, and her loving community of the Sisters of Mercy. A Mass of Christian Burial will be celebrated at 2:00 p.m. on Friday, December 18 at St. Francis Xavier Church, 4715 N. Central Avenue, Phoenix, followed by a reception at Xavier College Preparatory Founders Hall. Private burial will be at St. Francis Cemetery. Memorial gifts may be sent to the Sisters of Mercy, 2300 Adeline Drive, Burlingame, CA 94010, or to the Sister Nancy Perlick Scholarship Fund, Xavier College Preparatory, 4710 N. Fifth Street, Phoenix, AZ 85012

Offer Hugs From Home Condolence for the family of PERLICK, SISTER NANCY , R.S.M.