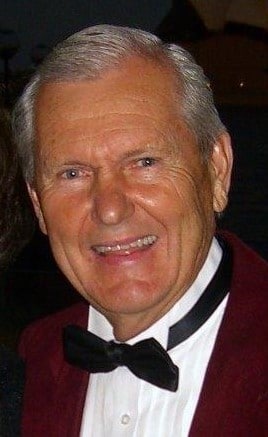 Kenneth Raymond Peterson, 85, passed away August 24, 2020 after a five-year challenge with a blood disorder that eventually transitioned into Leukemia.

Ken was born in 1934 in Park Rapids, Minnesota, the only child of Della and Hugo Peterson. The Peterson family eventually moved to Michigan, where Ken attended General Motors school. He had a passion for automobiles that lasted his entire life. Later Ken became a Realtor/Broker in Petoskey, earned his private pilot’s multi-engine instrument license, flew numerous planes, and purchased a helicopter to help expand his business throughout Northern Michigan. Ken also taught commercial investment courses all over the country for the National Association of Realtors. He was a visionary who never feared going down an unknown path.

When one of his daughters became engaged and moved to Arizona to further her education, Ken decided to move his entire family from Michigan to Paradise Valley in 1978 to enjoy the beautiful sunshine and seek out a new life. A couple of years later, sadly, his first wife passed away of pancreatic cancer.

Ken was not one to experience life alone, and soon thereafter the Lord brought Janet into his life. They soon realized they had many of the same interests and goals. They were married in 1983 and were blessed to have shared over 37 wonderful, exciting, and rewarding years together.

While still maintaining his Realtor/Broker license, in 1990 Ken and Janet opened a travel agency which they have personally owned and operated since then. The travel industry afforded them unbelievable opportunities to travel around the globe, both by land and by sea, to places most people could only dream of. They felt fortunate to have had so many wonderful experiences where they become immersed in various cultures and made new friends around the world. The first question that people would often ask them was, “What is your favorite destination to visit?” While it was always hard to name just one, they loved going on African Safaris and visiting several exotic countries in Asia, including Myanmar, Vietnam and Cambodia.

Ken had countless fine qualities. He was a strong, compassionate, empathetic, outgoing person with a rare zest for life, who loved nothing more than to strike up a conversation with someone he did not know, whether it be a young child or an adult, and he always made it a point to pay them a compliment.

He could not be more grateful for the medical team which looked after him like family the past couple of years, including the Virginia G. Piper Cancer Care Network, his various medical doctors, and the caring staff at the HonorHealth infusion center.

Ken is survived by his devoted and loving wife, Janet Peterson; by his children, Barbara Peterson Pace, Deborah Allen, Cynthia Peterson Olsen, and Kenneth Peterson Jr; and by many grandchildren and great-grandchildren. There will be a brief service and burial ceremony for family on September 2, 2020 and later in the Fall a “celebration of life” for family & friends. In lieu of flowers, donations to the Leukemia Lymphoma Society would be most welcome. https://donate.lls.org/lls/donate

Offer Hugs From Home Condolence for the family of PETERSON, KENNETH RAYMOND