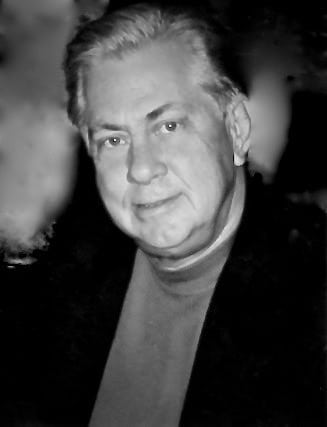 Earl Petznick Sr. passed away peacefully in his home in Paradise Valley, Arizona, surrounded by his family, on July 22, 2020. He was born June 15, 1939, in Chicago, Illinois, and relocated to Phoenix when he was 3 years old. Earl attended Phoenix Christian High School and graduated with honors. He attended Westmont College, then transferred to Grand Canyon College during his senior year. It was there he met his future wife of 60 years, Patricia Dryer. They were married on July 8, 1960, and lived a life based on mutual respect, support, endearing love, and devotion to one another.

Before their marriage, Earl began working for his father-in-law, Olen Dryer, in a cattle business Dryer founded in 1948. Earl learned the trade from the ground up, proved to be a shrewd businessman and soon became Olen’s chief advisor. When Olen passed away in 1979, Earl became president and CEO of the company and expanded it by purchasing three additional feedlots, including John Wayne’s Red River Cattle Company.

In 1980, Earl entered a partnership to purchase Sunland Beef Company, a struggling beef processing plant located in Tolleson, Arizona. The partners turned the company around and reaped the benefits a dozen years later when they sold it to Wisconsin-based Packerland Packing Company. The venture was the crowning achievement of Earl’s career.

Earl’s legacy is rich on all fronts. He fully supported Pat and her sister Beverly’s efforts in founding Fresh Start Women’s Foundation. He also supported Barrow Neurological Institute, St. Joseph’s Hospital, and various other organizations that support the community at large. Earl was appointed to the Arizona State Fair Board of Directors by Governor Jane Dee Hull where he served 10 years, two as board president. He was president of the Arizona Cattle Feeders Association and was inducted into the Arizona Farming & Ranching Hall of Fame in 2009.

Earl was an avid student of world history, and he shared his passion with his wife and children. The family visited culturally diverse historical sites in Europe, Asia and the Middle East. He was also an avid angler and fished the waters off San Diego, Mexico and Hawaii for decades alongside his sons and closest friends.

A private service is planned. In lieu of flowers, Fresh Start Women’s Foundation, 1130 East McDowell, Phoenix 85006 (freshstartwomen.org) and Hospice of the Valley, 1510 East Flower, Phoenix 85014 (www.hov.org) will accept donations. Condolences and Hugs from Home may be expressed at www.whitneymurphyfuneralhome.com

Offer Hugs From Home Condolence for the family of PETZNICK, SR., EARL