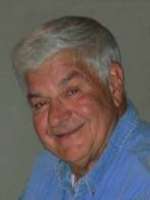 Mr. Silvio A. Piattoni of Scottsdale, Ariz., died on April 22, after a long illness. The beloved husband and father was born in
Chicago Heights, Ill., January 11, 1931. He served honorably in
the Army during the Korean War as a radio operator. Always
seeking adventure and while stationed in Japan, he along with
seven other GIs and a priest named Father Ebner, climbed Mount Fuji where for the first time ever, a Mass was
celebrated atop that country’s highest mountain. Soon after discharge, Mr. Piattoni married Joann T. Sinopoli, also of Chicago Heights. There they had three children, eventually moving to Tucson, where their fourth child was born. Mr.
Piattoni was a long-time sales and merchandising representative with Coca-Cola; he also spent years in the fire & safety equipment industry and owned companies in both Arizona and New Mexico. He and his wife retired and moved to Scottsdale in 1995. Mr. Piattoni is survived by Joann, his wife of 55 years; his children: Cynthia (Kerry) Dunne; Maryfrances (Laurence) Krumwiede; and John Piattoni, all of whom reside in Scottsdale; and Catrina(Christopher) Kahler, of Phoenix, and grandson, Matthew.
He is also survived by two brothers: David of Chicago Heights, Ill.; and Donald of Venice, Fla.; along with an uncle, Alberio Primavera of Steger, Ill.; and countless Godchildren, nieces, nephews and cousins. Visitation will be Sunday, April 25, 5-7pm, at Whitney & Murphy Funeral Home, 4800 East Indian School Road, Phoenix. A Funeral Mass in the traditional Latin rite will be celebrated at Our Lady of Sorrows Roman Catholic Church, 10:30am, Monday, April 26. Interment will follow at St. Francis Cemetery, 2033 N. 48th Street, Phx. In lieu of flowers, the family requests donations made in the name of Silvio Piattoni to Our Lady of Sorrows Roman Catholic Church, “Building Fund,” 750 East Baseline Road, Phoenix, Ariz., 85042-6615. The family also extends its most sincere gratitude to the caring team from Serenity Hospice. Requiescat in pace, our beloved Papa!

Offer Hugs From Home Condolence for the family of PIATTONI, SILVIO