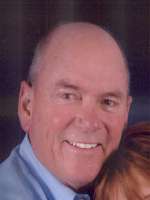 Dan Pietropaulo, 65 years of age, lost his battle with cancer on July 7, 2012. Dan was born on May 16, 1947 in Huntington, West Virginia, where he was raised by his parents, Carlo and Mabel Pietropaulo. During his childhood the family moved to Altoona, PA where he spent his early years hunting and exploring. He graduated high school from Hampden DuBose Academy in Zellwood, FL. He enlisted in the Army in Oct. 1966, where he received his finance training and was sent to a tank unit. He was stationed in Germany where he fulfilled his obligation and was honorably discharged in Oct. 1969. Thereafter, he pursued various endeavors and after moving to Durango, CO his background in finance led him to his well established profession as a real estate appraiser. While in Durango he met his loving wife and best friend Bonnie and they enjoyed a fulfilling marriage of 31 years. They moved to Phoenix, AZ in 1989 and his reputation as an appraiser and business owner led him to a position at the Arizona State Land Department. Subsequently he became the Executive Director of the Arizona State Board of Appraisal where he earned the respect of his peers in the appraisal community. During his lifetime he enjoyed the outdoors including hunting, fishing, camping and boating. His passion was photography capturing wildlife in their natural habitat and had several photographs published by The Arizona Republic. Dan is survived by his mother Mabel; his two sisters Joy, Carla and her husband Ron; his son Ponti; his loving wife and best friend Bonnie, along with her children Michele, Chuck and his wife Liz; four wonderful grandchildren Annabelle, Olivia, Brandon and Lily. He is also survived by many nieces, nephews, cousins, aunts and uncles. He was preceded in death by his father Carlo, and infant brother Carlo David. Dan’s humor and love of family, friends and co-workers will be greatly missed but not forgotten. A Memorial Service will be held at Whitney & Murphy Funeral Home at 10:00am Wednesday, July 18, 2012, located at 4800 E. Indian School Road, Phoenix, AZ. Graveside Service will follow at 12:30pm, at the National Memorial Cemetery of Arizona, 23029 N. Cave Creek Road, Phoenix, AZ

Offer Hugs From Home Condolence for the family of PIETROPAULO, DANIEL