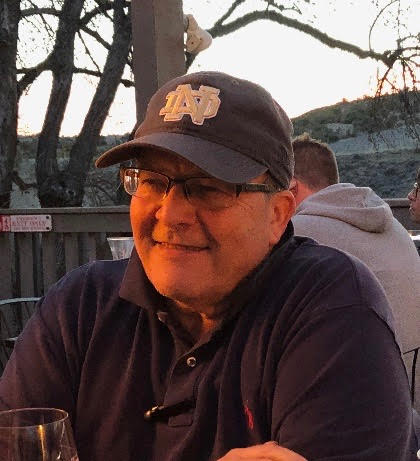 Terence Damon “Terry” Pilon passed away on Wednesday, February 3, 2021, following a valiant battle against Covid-19.
Terry was born in 1958 in Flagstaff, Arizona to Chuck and Linda Pilon, then-students at Arizona State College (now Northern Arizona University). Two years later, the family moved to Phoenix, where Terry grew to manhood and lived the rest of his life. Terry attended Madison Rose Lane Elementary School and Brophy College Prep, where he played football, basketball and baseball before graduating in 1976. Terry was also the original Phoenix Suns ball boy and earned his Eagle Scout Award in 1972.

Terry returned to Northern Arizona University for college, graduating in 1981 with a Bachelor of Science degree in business. While there, Terry was the first concert coordinator for Walkup Skydome, scheduling performers such as Jerry Jeff Walker, Leo Kottke, Styx, and Johnny and June Carter Cash. Terry’s love for music, especially Bruce Springsteen, lasted throughout his life.

After college, Terry married former spouse, Lisbeth Larson (now Ward), with whom he shares two children, Chase Benjamin and Chelsea Elizabeth. In 1999, Terry met Lori Voepel, and the two were married at the Desert Botanical Gardens in October 2001. They would have celebrated their 20th wedding anniversary this year. In 2009, Lori and Terry’s daughter, Ciara Jade, was born.

Terry worked for 27 years in banking, including as a commercial lender and vice president of several valley banks. After Ciara’s birth, Terry became a licensed realtor for more flexibility. He recently also obtained his paralegal degree and certification from Phoenix College, and was anxious to begin his legal career.

The greatest joy of Terry’s life was being a father to Chase, Chelsea and Ciara. Terry and Chase were more than father and son – they were best friends who loved talking about sports and playing trivia games. Terry was beyond proud of Chelsea, and looked forward more than anything to dancing with Chelsea at her April wedding. And Terry was Ciara’s coach, mentor and constant companion. Terry also had two major passions, the first being his lifelong passion for Notre Dame Football. Terry attended many games at the Golden Dome and elsewhere to root for his Fighting Irish. Terry’s other passion was coaching Ciara in girls’ basketball and softball through the RAMMS and YMCA youth sports programs, and through Kaizen Basketball Academy (KBA), an organization Terry helped professional women’s basketball coach, Olaf Lange, to create. Learning from Coach Olaf how to teach fundamental basketball skills to young girls was one of the great highlights of Terry’s life, and “Coach Terry” was beloved by the girls, families and other coaches of KBA and RAMMS, where he coached until his illness and untimely death.

Terry is survived by his wife, Lori Voepel (Phoenix), his children, Chase Benjamin Pilon, Chelsea Elizabeth Pilon (Fred Jeffers), and Ciara Jade Voepel-Pilon. He is also survived by his parents, Dr. Charles and Linda Pilon, sisters Carin Robinson (Kelly), Cheryl Meyer (Mike), and Cindy Mero (Kelly), nieces Taylor and Jillian Robinson, Quin and Carson Mero, and Kaitlyn Meyer, and nephew Collin Robinson (Nikki), plus many aunts, uncles and cousins. Terry was deeply loved and will be greatly missed by all.

Offer Hugs From Home Condolence for the family of PILON, TERENCE DAMON “TERRY”