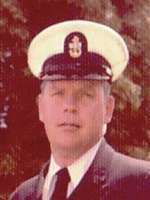 The United States Navy was the perfect fit for Joseph Vincent Popp, Jr.:  it suited his love of country, his love of service, and his love of adventure.

Joe passed away April 8 at his home in Phoenix.

Joe was born October 10, 1940 in Susquehanna, Pennsylvania and grew up in Winter Park Florida with his parents.  He was an only child, but had many cousins to serve as his “partners in crime” when he felt mischievous (which was often!).

After high school, he enlisted in the Navy, following a long family tradition of military service–not only from his Marine father and Army grandfather, but from an aunt, who was the iconic “Winnie the Wac” during World War II.

During his distinguished career in the Navy, Joe served on several submarines. They include the USS Threadfin, the USS Runner, the USS Lewis and Clark, the USS Thomas Edison, the USS Pogy and the USS Stimson.  From 1967 to 1970, he was a Navy recruiter in New York’s Time Square, where a frequent visitor was the budding comic George Carlin. Carlin would try out his jokes on Joe, who had a great poker face, and Joe would later joke that if Carlin made him laugh, he had a solid joke. Joe was also stationed in Scotland from 1975-1977, and proudly kept a tartan from those days.

Senior Chief Petty Officer Popp retired from the Navy in 1992, after 28 years of faithful and honorable service to the nation.  In his “SOP” book on final wishes, Joe asked to be buried in his dress blue uniform displaying the Good Conduct Medal, Navy Expeditionary Medal, Navy Achievement Medal, the National Defense Medal and the Enlisted Submarine Dolphin Insignia that he earned while serving.

Joe used to say he liked things to be “squared away,” and it showed in everything he did. After naval service, he worked for a national steakhouse chain, starting as a cook, but showing such commitment to doing things right that he was asked to become a traveling trainer to “square away” an entire region for the chain. Joe moved to Arizona in 2000 to care for a beloved uncle, his mother’s brother, Arthur Trynoski.  After Art passed away in 2009, Joe stayed on, living the winters in Phoenix and the summers in his home in Munds Park.

In his central Phoenix neighborhood, Joe’s reliable presence and attention to detail kept everyone feeling safe.  He’d spend part of each day on his front porch, talking to all who went by.  In a box next to his favorite porch chair was a list of all the neighbors and walkers—including the names of their dogs and cats.

To Joe, it was important to be part of your community.  Not only did he serve in the Navy and watch over the neighborhood, it meant a lot to him to vote, to contact his elected representatives and to voice his opinions on the state of the country (and the state of a neighbor’s lawn if they needed a friendly reminder!).

He is survived by his beloved cousins, Priscilla Bianco, Tommie and Genie Trynoski, Theresa Maino and Pam Llorin, and his dear friends Chris and Jack Lavelle and many neighbors who loved him.

All say to Joe:  “Fair Winds and Following Seas.” We will miss you. 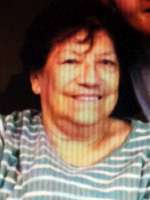 Offer Hugs From Home Condolence for the family of POPP, JOSEPH VINCENT, JR.