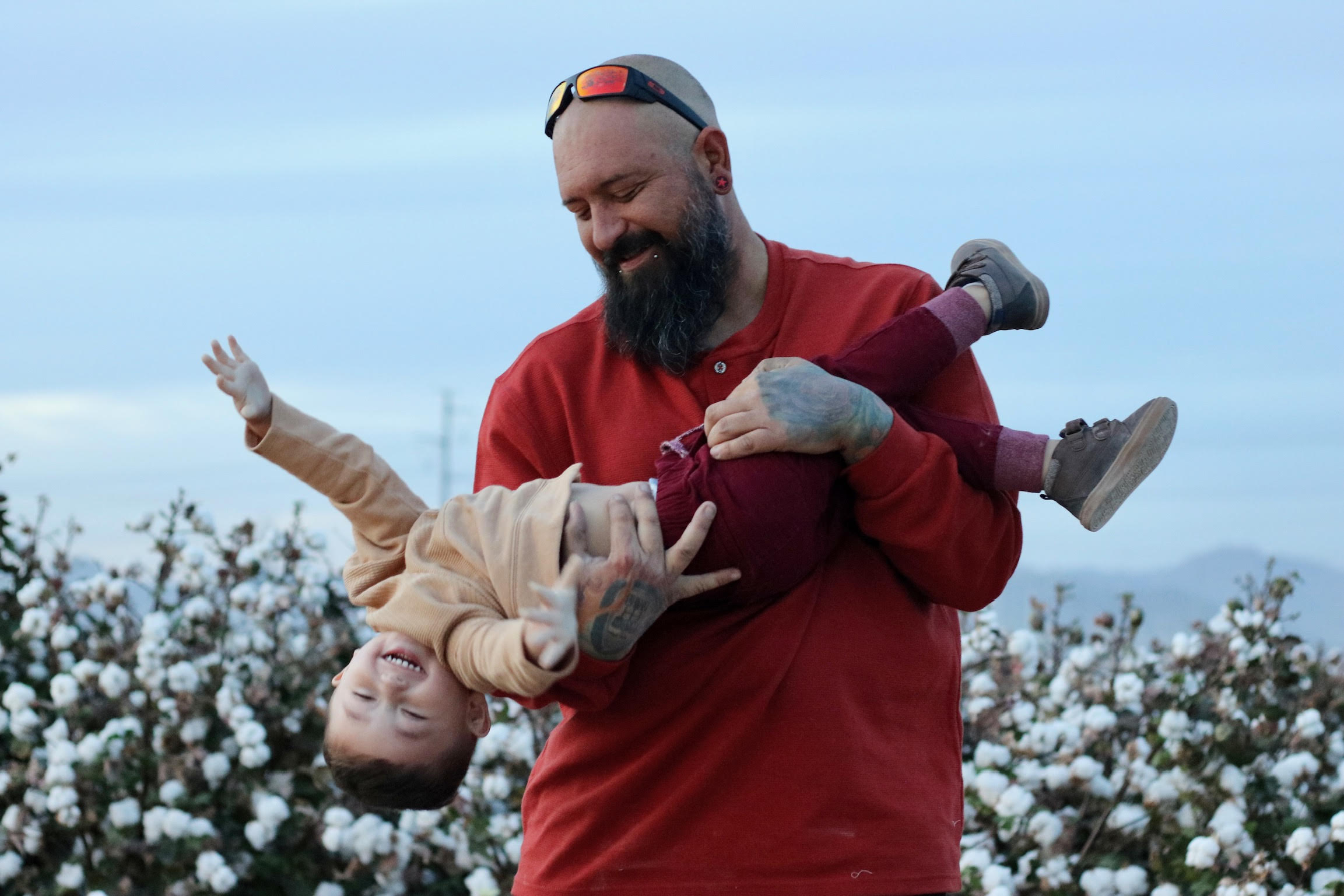 Christopher James Charles Poulos was born to Karen and James Poulos on April 26th, 1978 in Chicago, IL. CJ (as he was affectionately known as by family and friends) left this earthly life peacefully, with his family by his side, on Friday, April 15th, 2022 in Phoenix, Arizona after a short but brave battle with liver disease.
Chris spent his childhood in Chicago, attending school at Our Lady of the Ridge, St. Catherine’s, St. Christina, and Chicago High School for Agricultural Sciences (CHSAS) in Mt. Greenwood, before moving to Mesa, Arizona in 1995. He earned his G.E.D in 1996 while attending Maricopa Community College, eventually earning his Associates degree in Computer Science at the Arizona Institute of Business and Technology in 2001. Though Chris didn’t follow a career in technology, his hard work and devotion spilled over into everything that he did. While he wore many hats through his professional life, Chris recently landed his dream job, obtaining his CDL and driving a truck like his dad and his late grandfather James, the latter of whom was his childhood idol. Chris was passionate about many things in his life; he was a talented artist, a self-proclaimed chef, a Chicago sports supporter, and a huge wrestling fan (which he continued to partake in even during his final days). He was also a die-hard metal music enthusiast, and a lover of travel and adventure like his mother. Chris loved spending time on the beach, mostly in Hawaii where he was planning to visit again. However, the one thing that brought Chris the most joy and that sparkle to his eyes was being a father. Shortly after moving to Arizona, Chris married his girlfriend Eron and became a father to 2 beautiful girls, Keeli and Chloe, whom he has poured his heart and soul into since he first laid eyes on them; something he proudly and often mentioned. It wasn’t until 2019 that Chris fell in love once again, when he was blessed with a grandson, Cruise, who he doted on and spoiled every chance that he got.

Chris’ passing has left his family, friends, and all that had the blessing of knowing him in disbelief. To say that all will miss him greatly is an understatement. He would do anything to make you smile and fiercely protected anyone that he held dear, a big brother to many. Anyone that knew him, knew that he had a huge heart, highlighted by the fact that he could even make you laugh even when you were mad at him. He will be missed by many friends and family near and far. Chris had a deep connection with his late grandparents, who have welcomed him into heaven and brought peace and comfort to his family.

Chris will be welcomed into heaven by his late grandparents; James and Dolores Butcher; and Andrew and Barbara Poulos, along with other previously departed loved ones in eternal rest.

To quote Christopher’s favorite band, Metallica, “Life is ours, we live it our way. All these words I don’t just say, and nothing else matters.” Chris truly personified those lyrics in all aspects of his life.

Please honor Chris’ memory and wear a Metallica or your favorite band t-shirt to the services.
In lieu of flowers, please consider making a donation for Christopher’s funeral expenses by reaching out to the family.

Offer Hugs From Home Condolence for the family of POULOS, CHRISTOPHER JAMES CHARLES