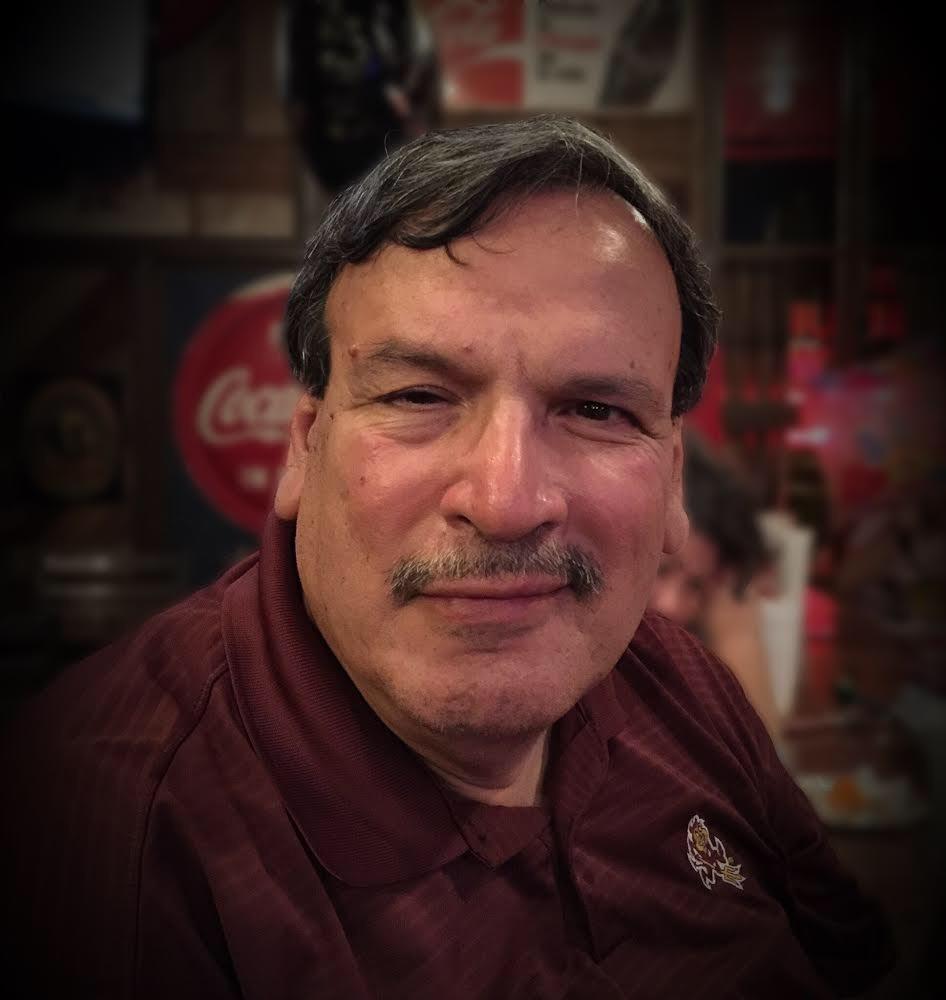 Richard “Dicky’ Preciado, 67, devoted Son, Brother, Husband, Father, Uncle, Friend and educator was called home to the Lord on October 11, 2018.
He was born on August 17, 1951 in Superior, AZ to Florencio and Antonia “Toni” Salcido Preciado. He is survived by his Mother, Toni, Wife Susie (Valdez), daughters Christina and Olivia, Sister Susan (Michael) Martinez and many nieces and nephews. He is preceded in death by his Father, Step-Father Freddy Grado and Brother Larry.
Dicky was a graduate of South Mountain High School class of 1969. He continued on to Arizona State University where he earned his Masters in Education. He started his teaching career shortly thereafter at Rose Linda elementary, where he retired as the Principle after 35 years. Mr. Prec was a prominent figure and mentor throughout the South Phoenix community, recognized by many former students everywhere he went.
Dicky was known for his love of sports and was an avid Softball Player and Coach for 40 years. He was passionate about his Arizona State Sun Devils and was a dedicated season ticket holder, and attended any bowl game ASU was participating in.
A Celebration of Life will take place on Friday, October 19, 2018 at Saint Mary’s Basilica, located at 231 North 3rd Street in Phoenix. Visitation will be from 1:00 p.m. to 1:30 p.m. with the Eulogy at 1:30 p.m. and a Funeral Mass at 2:00 p.m. Reception immediately following at the St. Mary’s reception hall.

Offer Hugs From Home Condolence for the family of PRECIADO, RICHARD SALCIDO