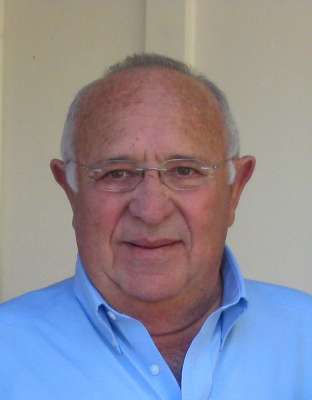 “Bob” Pressendo passed away December 24, 2013 while surrounded by his family. He was born March 22, 1936 in Chicago Heights, IL. He was preceded by his parents Louis Pressendo and Aurora Schober Hijar Pressendo, and his sister Marina Scheer. He is survived by his loving family, wife Nancy Cooper Pressendo, sister Vera Finley Williams (Ed) and brother-in-law Carlos Scheer; his children Mike Pressendo (Ivy), Kathy Wendt (Russ), Lori Reyes (Lionel, Jr.) and grandchildren Brooke and Laurel Wendt and Steven and Anya Pressendo; niece Diane Jordan and nephews Brian Finley and Carlos Scheer, Jr., plus a large extended family. Bob moved to Phoenix in 1941 and grew up in the shadow of the state capitol attending St. Matthew Elementary School, St. Mary’s High School (class of 1955) and Phoenix College. He began working at the age of 11 to help his family make ends meet when his father became disabled. He started as a paperboy for the Arizona Republic and worked at AJ Bayless through high school. Later he worked his way up from apprentice to journeyman to master cabinetmaker. Some of his beautiful woodwork can still be found among homes in the Biltmore Estates and Durant’s. Later, he held a variety of sales positions where he consistently earned honors as a top national performer across several companies. Bob also served seven years in the U.S. Naval Reserves and was active in the Phoenix Jaycees and North Phoenix Lions Club. He loved getting together with his friends, some of whom he knew since kindergarten and reminiscing about old Phoenix. He was very dedicated to his family and the love of his life, Nancy. Bob had a reputation for being willing to give a friend or family member in need the shirt off his back and volunteered with numerous Valley charities in service to the needy, including St Mary’s Food Bank, the AZ Center of the Blind, and the Phoenix Museum of History. When his kids were young he was active as a leader in the Indian Guides and Cub Scouts. Bob enjoyed the company of many friends and family, Pacific Beach, good food and his Manhattans and Martinis. He was also very proud of his impressive tool collection. Visitation will be Saturday, December 28, 2013 at 12:30 PM at the Franciscan Renewal Center (the Casa), 5802 E. Lincoln Drive, Scottsdale, AZ 85253 followed by a Funeral Mass at 1:30 PM. Procession after Mass with Interment at St. Francis Catholic Cemetery 2033 N. 48th Street, Phoenix, AZ 85008 in Phoenix following the services. Reception at the Casa following the burial. Bob will be remembered for his good cheer, warm friendships, hospitality, generosity, integrity and strength of character.

Offer Hugs From Home Condolence for the family of PRESSENDO, ROBERT “BOB”