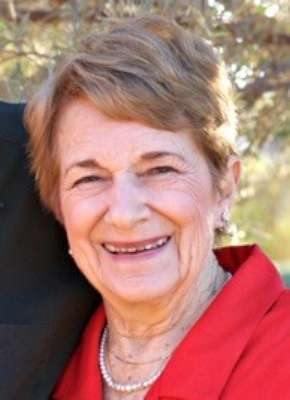 Muriel Winifred Price, 91, died peacefully in her sleep on the 26th of June, 2014 in Tempe, Arizona.  Murry was born on the 13th of September, 1922 in St. Paul, Minnesota to Herbert and Lillian Maas.   Raised in Fargo, North Dakota later moved to Seattle, Washington where she met Richard L. Price. They celebrated 61 years of marriage this year on the 29th of May.  Together they raised four children, Steven, Sharon, Dianna and Johnny. Muriel enjoyed a long career with the airline industry, working for Frontier Airlines for 23 years.  Murry’s smile and generous spirit will be greatly missed by her husband, family, ﬁve grandchildren and her dear friends.  A Memorial Mass will be held at St. Theresa Catholic Church, 5045 E. Thomas Road in Phoenix, July 28th, 2014 at 10AM.

Offer Hugs From Home Condolence for the family of PRICE, MURIEL W.