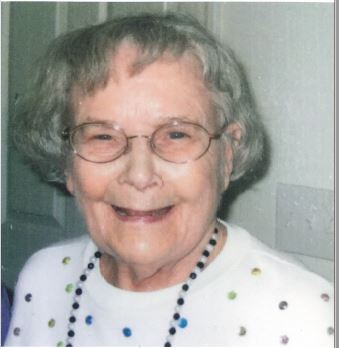 Myrtle Rose Graves Pullano passed away on Thursday, November 7, 2019 at the age of 98. Grandson, Angel Chavez and Nephew, James Nelson were there to send her off to her well-deserved Heavenly Reward. It was a peaceful and glorious moment as a fresh breeze and sunshine came through the window over her bed. Myrtle was born on September 25, 1921 in Montrose, Michigan to Darius and Mabel Rose Eastman Graves. She was one of 10 children. They include sisters Florence Graves Busch, Cora Graves Nelson, Marietta Graves Douglas, Helen Graves Streeter and Fanny Lucille Graves, brothers Rolla, Harold, Lewis and Duane. She was forced to quit school after 8th grade to help support her growing family of siblings. Myrtle was the last surviving member of this immediate family though she is survived by many nieces, nephews, cousins and friends.  In 1942, at the age of 21, Myrtle began her first job at AC Spark Plug Division of General Motors in Flint, Michigan where she tested bomb sights for W.W.II war planes. This work classified her as a “Rosie The Riveter”. When the war ended in 1945, the love of her life, Saverio (Sam) Pullano returned from active duty in the U.S. Navy and on June 30, 1945 they were united in marriage at the Parkland Presbyterian Church in Flint. In 1949 the couple was blessed with the birth of their only child, a daughter, Barbara Jean Pullano. In about 1960, the family relocated from Berkley, Michigan to the Phoenix area where Myrtle began 21 years of work at Motorola Corporation after which she operated her own assisted living home in Phoenix for 21 years. In 1964, the couple lost their beautiful daughter in a tragic accident when a drunk driver took her life while she was walking on a sidewalk going home from school. As a testament to her character, Myrtle found it in her heart to visit the convicted driver in prison and offer her forgiveness. Myrtle’s life to the end was the epitome of love and grace. Small in stature but large in personality, she never wavered in her faith. Then tragedy struck again in 1966 when her husband of 21 years passed away unexpectedly. Myrtle’s life was filled with hard, meaningful work, yet she loved celebrating life by dancing and socializing with friends and family. Myrtle finally retired from the hard work, though not from work entirely, when she moved to Bethesda Gardens Assisted Living Facility in 2001. She was in ill health at the time but recovered and began many years of delivering the mail throughout the facility, helping plan on site and off site activities, operating the Country Store, and serving as President of the Bethesda Resident Council.  Arrangements have been entrusted to Whitney & Murphy Funeral Home, 4800 E. Indian School Road, Phoenix, Arizona 85018 where a viewing will take place from 2:00 P.M. to 5:00 P.M.  on Sunday, November 10, 2019.  A memorial service will be conducted by Rev. Charles Kerr at 11:00 A.M. on Monday, November 11, 2019 at Whitney & Murphy Funeral Home. A private burial will be held at a later date.

Offer Hugs From Home Condolence for the family of PULLANO, MYRTLE ROSE