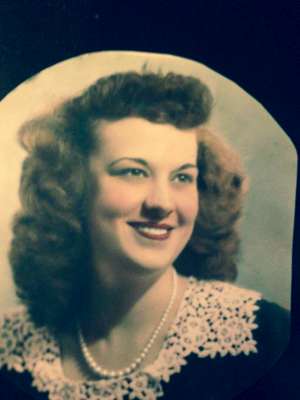 94 of Phoenix, Arizona passed away on the morning of October 22, 2014. She was preceded in death by her husband of 62 years, Robert Ronald Pullen in 2003.   She is survived by two sons, Randy (Katherine), Ron (Karen), grandson Travis and great granddaughter Portia.   Mae, as she liked to be called, was born in Green Bay, Wisconsin to Harry and Amanda Cole on January 5, 1920.  She was the sixth of nine children. She is the last of her family to pass away.

Mae was the epitome of the Greatest Generation. She worked in an armaments factory during World War II while her husband was at sea on a Coast Guard cutter in the North Atlantic escorting merchant ships to Great Britain and the Soviet Union. When he was injured in action in late 1943, she took care of him until he recovered and was honorably discharged from military service in October, 1944.   After World War II, Mae and Robert moved to California and later to Arizona to raise their family.

When their two sons were grown, they embarked on a new career, starting a marina and sport fishing service in Coos Bay, Oregon. Their entrepreneurial spirit led to a successful, well known maritime business in southern Oregon, where they were recognized in 1986 by the Bay Area Chamber of Commerce for their contributions to the community. They sold their business, retired and moved back to Arizona.

Offer Hugs From Home Condolence for the family of PULLEN, GENEVA MAE