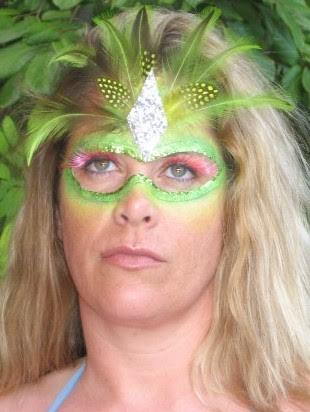 Rebecca Anne Purdy died Christmas Eve. She was 43. Becky’s family and friends have been staggered with the loss of a bright, dynamic and ever-so lovable person. She is survived by her father, Jim, brothers Jamie (Amy) and Ted (Arlene), nephews Sam, Logan, Lucas, niece Andie, beloved aunts, uncles, cousins and friends. Becky was preceded in death by her mother, Joanne Huiskamp Lee. Becky loved adventure and world travel, especially visiting her tremendously fun cousins Brad Hays and Kike Yamakawa in Tokyo, Thailand, Las Vegas, Scottsdale, or wherever. She was comfortable meandering along the Champs Elysees in Paris, canoeing with gray whales on the Puget Sound, or landing in a hot air balloon in the middle of a herd of irritable African wildebeests. She and her longtime friend, Anne Tull Helliker, once hiked to Base Camp on Mount Everest. She tackled nearly any challenge, too. When cautioned not to attempt a ride up Rocky Point’s Competition Hill, in a hail of sand, Becky zipped directly to the top on her quad. When advised not to brave dangerous rapids on the Colorado River, she rode on the horn of her raft and got pitched into the angry froth, which she emerged from laughing. Becky grew up in Moon Valley and attended All Saints and Xavier College Prep, where she scored the winning penalty kick during the school’s 1993 soccer championship. She then went to the University of the Pacific in Stockton, California, graduating with a music business degree. She may have been happiest later in her life running a 5-acre ranchette in Cave Creek with a rescue Arabian horse named Freedom, two mini horses and a menagerie of other critters. Becky had recently moved back to Scottsdale after living in Yarnell for several years to work on her beautiful singing voice with her music coach there. A Memorial Service will be from 5:00 P.M. to 7:00 P.M. on Saturday, January 20, 2018 at the Whitney & Murphy Funeral Home, 4800 E. Indian School Road in Phoenix. Memorial donations could be made to Kachina’s Place equine therapy, or the Midwest Food Bank at 725 E. Baseline Road in Gilbert.

Offer Hugs From Home Condolence for the family of PURDY, REBECCA ANNE