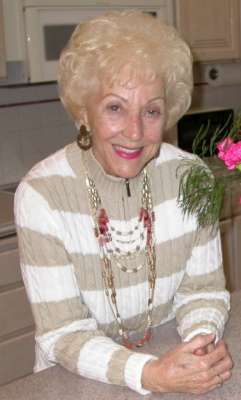 84 of Phoenix, AZ, passed away peacefully on Saturday, July 1, 2017. Freda was born November 22, 1932 in Charleston, WV to parents Clyde and Mary (Kidd) Cavender. At a young age, she learned to play piano and continued with piano throughout her life. Her love of piano helped to inspire a similar love of music in her granddaughters. Freda had a love for learning which gave her a determination to attend college. As a result, she earned a BA in Elementary School Education at Marshall University and began a career as a school teacher. She also earned a Master of Arts from West Virginia University and much later in life a MS in Library Science from the University of Arizona. Freda’s early years in academic studies earned her acceptance into “Who’s Who” in American Colleges and Universities and also Senior Women’s Academic University Honorary. She earned a North-South West Virginia College Scholarship that was to be the start of her career. She was also a member of the Delta Zeta Sorority and a member of the AZ State Library Association. Freda left her imprint in the lives of many children and young people by teaching them the value of trust and mentoring relationships. School administrators and co-teachers appreciated her skills in identifying learning difficulties and providing effective instruction methods in the classroom. She was admired and recognized by staff as the kind of teacher that parents wanted for their children. It was during her years at Marshall University that she met Dino Quaranta and began a romance and friendship that would last a lifetime. Their journey together took them from West Virginia to Chicago, Phoenix, Richmond Virginia and then finally back to Phoenix where Freda loved the desert lifestyle. She enjoyed cruises and was fortunate to be able to travel and see parts of the world such as Europe, New Zealand and Australia. Freda was a wonderful wife and mother, who was devoted to her family and was loved by all who knew her. She is survived by her husband Dino of 62 years, her children Steve, Keith and Dena, her four grandchildren Taylor, Payton, Victoria, Katie and a younger sister Erma Frederick. She is preceded in death by her brothers Frederick, Carl and Kenneth and her older sister Juanita Stump. A Memorial Mass will be celebrated at 10:00 am, Friday, July 7, 2017 at St. Francis Xavier Catholic Parish, 4715 N. Central Avenue in Phoenix. Memorial contributions may be made to Hospice of the Valley, 1510 E. Flower Street, Phoenix, AZ 85014. Arrangements entrusted to Whitney & Murphy Funeral Home.

Offer Hugs From Home Condolence for the family of QUARANTA, FREDA