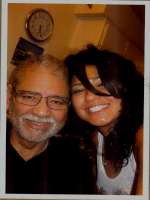 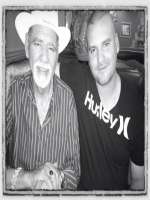 Frank Rafael Quihuis, 63 of Phoenix, loving father, tata, brother and tio, became an angel on April 3, 2013. He was born on January 18, 1950 to Frank V. and Carmen Quihuis.  Frank is survived by his children, daughter Micaela Quihuis, son Francisco Rafael Quihuis III (Perla), grandchildren Francisco R.J. Quihuis IV, Liliana Carmen Quihuis, Dayanara Lauren Quihuis, sister Carmen Lovato and brothers Robert and Joseph M. Quihuis. Frank was retired from the City of Phoenix.  His passion was for horses, living life to the fullest and everyday for him was another day in Paradise.  He enjoyed riding his motorcycle and the times spent with his close friends.  Frank loved his children and grandchildren very much.  He never gave into anything.  He was a very strong, loving and caring man. Frank was a best friend, father and mentor to so many.  He will always be remembered.  He’s home with God now. DAD, WE LOVE YOU. A visitation will be on Tuesday April 9th from 6:00 p.m. to 9:00 p.m. with a Rosary at 7:00 p.m. at Whitney & Murphy Funeral Home, 4800 E. Indian School Rd, Phx.  Funeral Mass will be Wednesday, April 10th at 1:00 p.m. at St. Thomas the Apostle Catholic Church, 2312 E. Campbell Ave.,  Phx. Interment at St. Francis Catholic Cemetery with a Reception to follow.

Offer Condolence for the family of QUIHUIS, FRANK RAFAEL