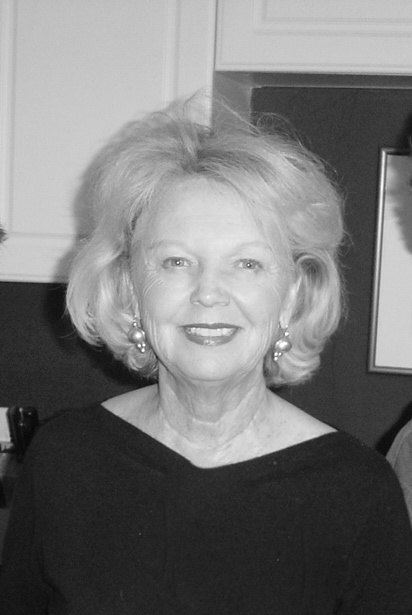 passed away peacefully and surrounded by her family on Thursday, December 18, 2014. Jill was born February 20, 1937 in River Rouge, Michigan as the only child to Gladys Elizabeth Harvey and Thomas Charles Burns. At Our Lady of Lourdes School in River Rouge she discovered her strong connection to the Catholic faith and converted.   Her faith would be the backdrop throughout her life. She graduated from Marymount College for Women in Los Angeles, California where she would meet lifelong friends. After she graduated, she moved to Las Vegas, Nevada with her parents. While there, her father set her up on a date with one of his friend’s sons, and so began the dance of the 53 year love story of Jill and Edward George Quinif.

Jill and Eddie were married at St. Thomas the Apostle Church in Phoenix, Arizona on July 15, 1961. The newlyweds lived in Gila Bend, Arizona for the first year of marriage where their first child George was born. In 1963 the family moved to Detroit, Michigan where daughters Katherine and Susan were born. In 1968 the family moved to Richmond, Indiana where their fourth child Thomas arrived. The family moved back to Phoenix in 1977. Jill was involved in the Brophy College Prep Mothers’ Guild, and once the children had gone off to college became a part of the Christ Child Society of Phoenix. As an active member of the Christ Child Society she helped tutor at local elementary schools in the Diocese.

Jill started a bridge group with her friends that would continue for more than 20 years. She enjoyed tennis, bridge and spending time with her many friends. She traveled to numerous places around the world. Her favorite European city was Paris, but her most favorite place on earth was a house on Victoria Beach in Laguna Beach, California, where she spent summers with her entire family.

Jill always made the effort to tell her children and grandchildren how wonderful they were.

Jill suffered a devastating stroke in November 2008. The stroke limited her mind and body but didn’t take away her deep devotion to her family and her faith.

Jill will be remembered as strikingly beautiful and always stylishly dressed. She was a good friend, devoted mother, grandmother and wife.

The Family would like to thank Hospice of the Valley and the tireless support of caregivers at Sunrise of Scottsdale for their wonderful care and support. A Funeral Mass will be held at 2:00 PM Friday, January 2, 2015 at Brophy Chapel, 4701 N. Central Ave., Phoenix AZ.

In lieu of flowers, donations can be to Christ Child Society of Phoenix. www.christchildsocietyphoenix.org. Arrangements entrusted to Whitney & Murphy Funeral Home.

Offer Hugs From Home Condolence for the family of QUINIF, JILL ANN