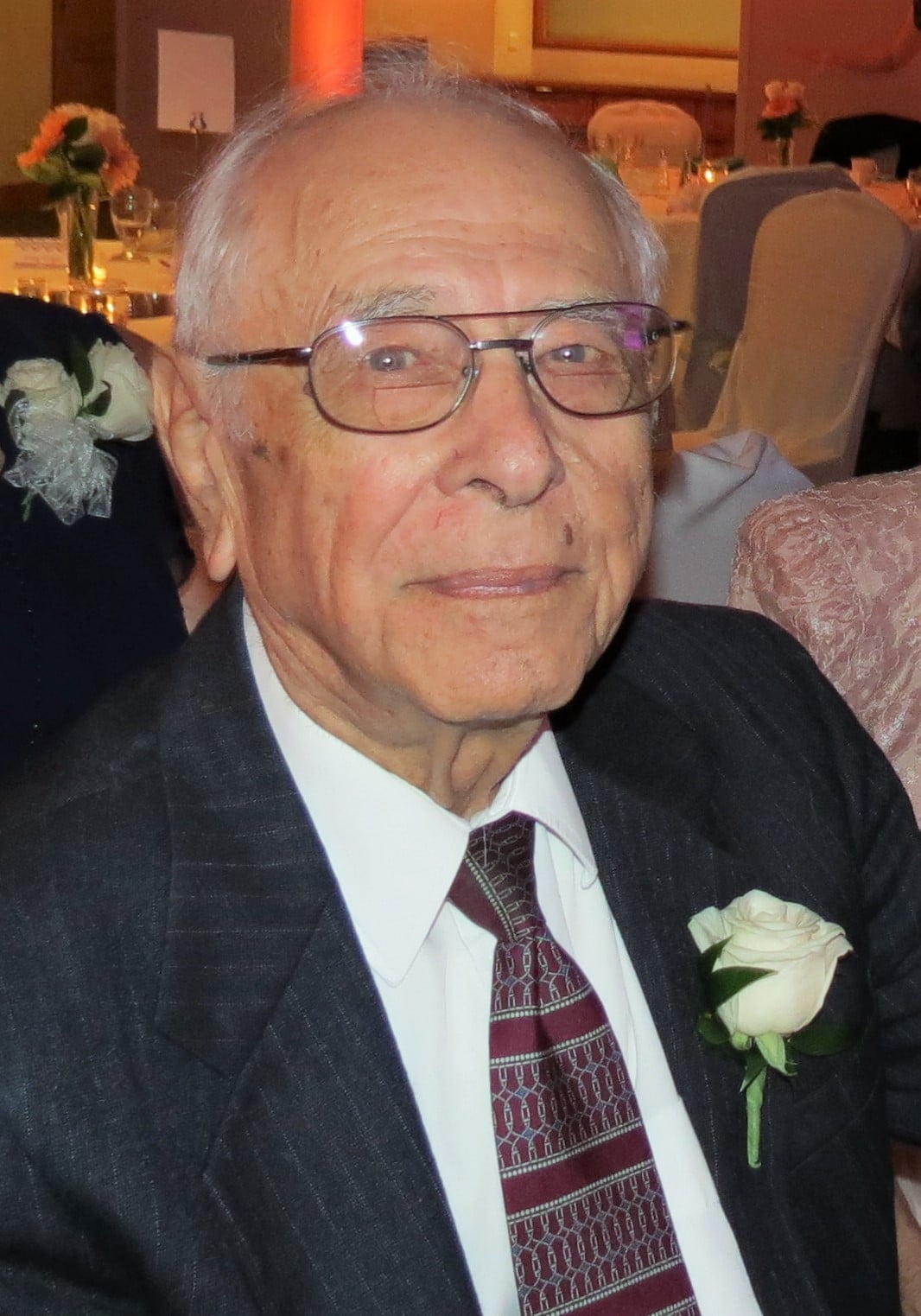 Bernard Otto August Raabe, 98, of Phoenix, Arizona, went to be with his Lord the evening of July 20, 2021.
“Bernie,” as he was known to friends, was born in Wisner, Nebraska, in 1922, the son of Otto W. and Amelia Raabe. He excelled at sports in high school, lettering all four years in football, baseball, and track, and three years in basketball. He briefly held the Nebraska state record in the low hurdles and was offered a tryout in the St. Louis Cardinals’ minor-league system.
Bernard’s path to the ministry started in high school, when, to the surprise and delight of many, including the pastor of his home congregation, St. John’s Lutheran Church, in rural Beemer, Nebraska, he announced that he felt God’s calling to preach the gospel.
He enrolled at Concordia Theological Seminary in Springfield, Illinois. When it came time for his vicarage (internship), he was told to start a church in Laguna Beach, California. Let’s just say that this kid right off a Nebraska farm serving the artist enclave of Laguna Beach was not a perfect cultural fit. Nevertheless, westward he went, he and his one small suitcase, by rail. He was met at the Los Angeles train depot by the district mission official and driven to the main intersection in Laguna Beach. The district official then gave Bernard a slip of paper, upon which were written the names of two sisters and an address. “Here’s your contact,” the official said. “Start a church.” After which, the man drove away. Bernard remembered that address for the rest of his life: 341 Diamond Street.
So was the theme set for the remainder of his ministry: starting churches. Bernard went on to start congregations for the Lutheran Church–Missouri Synod in Lynch, Nebraska, and Sabetha, Kansas. In 1955 he moved to the South Wisconsin District, to Milwaukee, to serve as missionary at-large and, eventually, executive director for missions. By God’s grace, Bernard spearheaded the start of 54 mission congregations in the district during 24 years of ministry in South Wisconsin. In 1979 the family moved to Denver, where Bernard was installed as the mission executive for what became known as the Rocky Mountain District, comprising the states of Colorado, New Mexico, and Utah. In that district the Lord led him to initiate 37 church starts but also gave him and a partner an idea about recruiting retired handymen to travel around the country working for minimum wage constructing new worship facilities or repairing existing ones for Missouri Synod congregations.
Thus, was born Laborers for Christ. After directing this program in the Rocky Mountain District for a number of years, in 1986 he moved to St. Louis, where Bernard became the national director of Laborers.
In 1998, in their final move, he and his wife relocated to Mesa, where they enjoyed fruitful later years until entering assisted-living facilities in 2020. He and his wife of 73 years, Evelyn, lived in their own house until, at age 97, Bernard fell and broke his leg, which subsequently led to a slow decline in health.
He was a friendly, gracious man who was extremely generous with his children and with the mission-oriented ministries he supported. He was gospel-centered and shared the good news of Jesus with nearly every new acquaintance.
He enjoyed sports his entire life, both as a participant and as a spectator. He was an avid card player and, in younger years, golfer and bowler. He was an enthusiastic fan of the St. Louis Cardinals, the Green Bay Packers, and the Nebraska Cornhuskers. But, always, his principal interest in life was telling others of the grace and forgiveness offered through the death and resurrection of Jesus Christ.
He is survived by his wife of 73 years, Evelyn (Wessler); children Tom Raabe, Mary Bolognini (John), Paul Raabe, and Rebecca O’Reilly (Kevin); seven grandchildren; and two great-grandchildren.
Visitation will be held on Friday, August 6, 2021 from 5:00 – 7:00 pm at Whitney & Murphy Funeral Home, 4800 E. Indian School Road, Phoenix. The Funeral Service will be held at Christ Church Lutheran, 3901 E. Indian School Road, Phoenix on Saturday, August 7, 2021 at 11:00 am. Condolences may be expressed at www.whitneymurphyfuneralhome.com

Offer Hugs From Home Condolence for the family of RAABE, BERNARD OTTO AUGUST