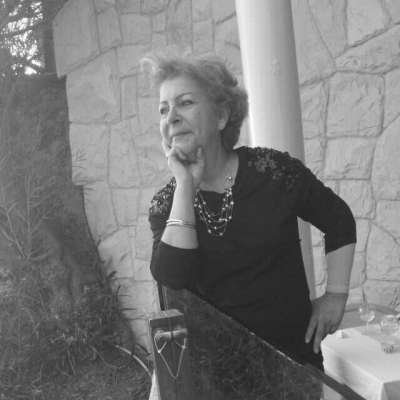 Samia Ayoub Ralston became an angel in the sky on May 27, 2017 at the age of 63. She was born in Beirut, Lebanon to Abdel-Ahad Ayoub and Fahima Ghazar Ayoub. Samia fought a long and hard battle with breast cancer, first diagnosed in 2013 then again in 2016, this time the breast cancer attacked her lungs and bones. After a long 9 months of fighting, and never stopping it was time she found peace and the suffering ended. She was a wonderful lady, loved by so many. Her memories will be forever eternal. Samia was passionate about cooking and loved to entertain guests. She was always the one to bring people together and have a good time. Samia is survived by husband of 27 years, Pat Ralston; two daughters, Jennifer Sutton and Kelly Ralston; five brothers, Michel Ayoub, Elie Ayoub, Samir Ayoub, George Ayoub and Marcel Ayoub; two sisters, Salam Dewitt and Samira Viellard. A Visitation will be held from 3:00 pm – 5:00 pm, Friday, June 2, 2017 followed by a Funeral Service at 5:00 pm at, St. Joseph Maronite Catholic Church, 5406 E. Virginia Ave, Phoenix, AZ 85008. Arrangements entrusted to Whitney & Murphy Funeral Home.

Offer Hugs From Home Condolence for the family of RALSTON, SAMIA AYOUB