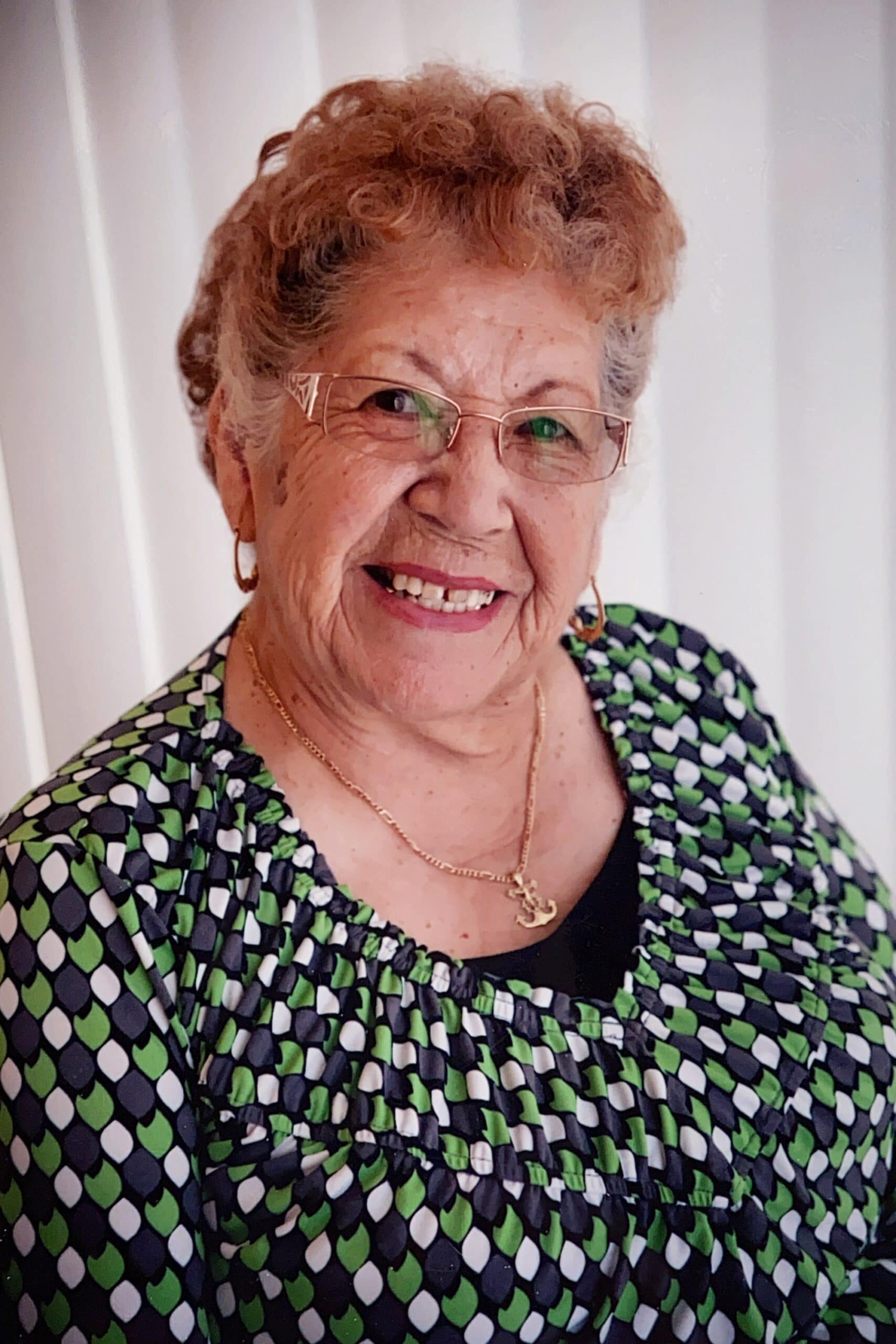 Erlinda Valadez Ramirez, 95 years old, passed away on January 10th, 2021. She was born in Laveen, Arizona to parents Domitila and Ynez Valadez from Mexico. Erlinda was raised in the City of Phoenix. She enjoyed learning. She received her education from the Phoenix Union High School District. Erlinda ended her love of education to begin to work to help support her family. The Friendly House Organization showed her how to use a vacuum cleaner. She began to clean homes to help her mother.

She married Vincent A. Ramirez. They became proud parents of twins, Esmeralda (Muntufar) and Evangelina Ramirez (Fierro) while in Orlando, Florida due to Vincent serving in the United States Army. They continued to be proud parents of the following children: Carmen Ramirez (Espinosa), Vincent Ramirez Jr., Robert Ramirez and Michael Ramirez.

While raising their children, they moved to the State of California. Erlinda continued to work hard while employed at the Fish Canneries, restaurants, and any opportunity which would better her life. She would be described as a hard worker. She participated in a Sears driving course to learn how to drive a vehicle. She was self-sufficient.

Erlinda and her family returned to the State of Arizona. Erlinda and Vincent worked hard to provide for their children. As a result, their children learned to live life with integrity, be patriotic, serve people well and strive. These are the gifts Erlinda & Vincent gave to their children.

Erlinda participated in spiritual personal growth activities such as Cursillo’s with the Catholic Church. She continued throughout her life to walk with God and strived to be a positive example as a person who dedicated her life to God’s teachings. She became an active participant in the AL-Anon program. This allowed her to meet friends and further grow with God. She wanted other family and friends to seek personal growth.

During the 1970’s, she pushed herself for better job opportunities. She gained employment with Motorola where she worked for over twenty-five years and later retired.

As she aged, her children found their own achievements. One was a successful business owner (Vincent Jr), two sons (Robert & Michael) proudly served in the U.S. Armed Forces and later retired from the U.S. Postal Service, her daughter Esmeralda retired from Motorola, Evangelina was a proud C.E.O at home and Carmen continues to be a caretaker for others. This success was due to love and guidance they received from Erlinda and Vincent.

When Erlinda was 45 years, she began raising her granddaughter, Patricia Ramirez. She made an impact on Patricia’s life. Because of her Nana’s love and supervision, Patricia is a proud local law enforcement officer.

Initially in retirement, Erlinda moved to the Phoenix Manor in 1990 where she enjoyed traveling, joined a bowling team, participated in billiards, and became the Wednesday stamp gal. Many people enjoyed Erlinda’s positive attitude and wisdom.

After retirement, in her 70’s Erlinda began working as a bi-lingual teacher aid at Peralta Elementary School with young children. She found such joy with the children. She later shared if she knew she could have such a career she would have done it from the beginning.

Erlinda lost her oldest daughter (Esmie) to brain cancer when she was in her 80’s. The loss was difficult. She once said when Esmie was a baby she took her to church to have her blessed to walk with God. Esmie was loaned to her by God but now she was returned to Him. But it broke her heart. She participated in a support group at Valle Del Sol to help with the healing. She also became involved in her garden which was so impressive for her age. This was her solace. It was her quiet time with God. It allowed her to exhaust herself and work on her grief.

Erlinda loved her children. She said in her 90’s, I’m going to yell out how much I love them because I want my children to know…I love them. She strived to be a better person. She made such an impact on others’ lives. She may be gone, but she is far from ever being forgotten.

Services are limited due to the Covid 19 Pandemic. Visitation will be at held on Thursday, January 21, 2021 from 5:00 – 7:00pm with a Rosary at 6:00pm at Whitney & Murphy Funeral Home, 4800 E. Indian School Road, Phoenix. Funeral Mass will be celebrated Friday, January 22, 2021 at 10:00am at Saint Mary’s Basilica, 231 N. 3rd Street, Phoenix. Burial to follow at St. Francis Catholic Cemetery. Condolences may be expressed at www.whitneymurphyfuneralhome.com.

Offer Hugs From Home Condolence for the family of RAMIREZ, ERLINDA VALADEZ