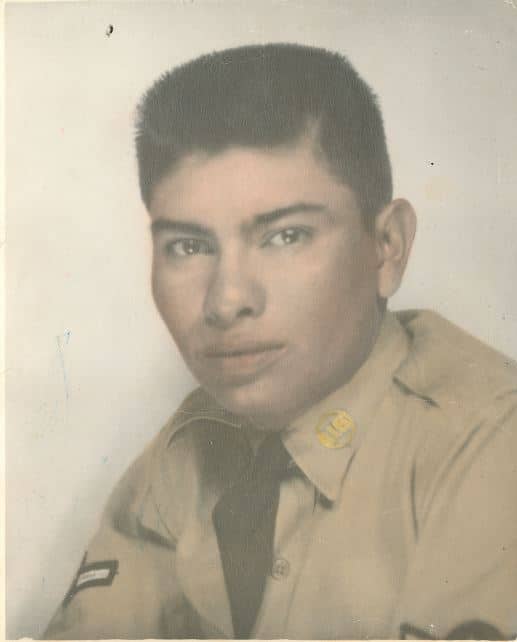 Frank Gonzales Rangel passed away peacefully on January 29, 2022 at the age of 84 in his home town of Phoenix, Arizona. He was born February 28, 1937 in Del Rio Texas to Frank Rangel and Josephina Gonzales. Frank was a stern but loving father, brother, uncle, and dear friend to many. His parents moved to Nebraska for a short time and then relocated to Phoenix Arizona in 1949. At the age of 18 he served in the Air Force Reserves from 1955-1959. He was an Airman 3rd class at Luke AFB and served as a cook and a welder, leaving with an Honorable Discharge on April 1st 1959. He worked all of his life as a short order cook. After retirement he enjoyed his two dogs Chocolate’ and Moises, working everyday out in his yard he was a collector of many things. He was well known for being a metal and plastic recycler “AKA” a scraper in his later years. Over the years he enjoyed many hunting trips with his nephews Ruben, Max and other family members. He was the designated cook for all of the trips.

Dad will be remembered for his big heart and for helping those that were at a disadvantage. For the meals he prepared for family gatherings, such as tamales and menudo for all those special family occasions. In the last few years of life dad was a follower of Jesus Christ and served in a variety of callings within his church. He was very proud that he turned his life around and received Jesus as his lord and savior. Psalm 23

Offer Hugs From Home Condolence for the family of RANGEL, FRANK GONZALES