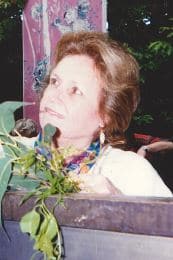 Doris Maxine Ratter (Wright), 91. Our beloved mother, grandmother and great grandmother passed on December 4, 2020 in Phoenix, AZ.
Maxine as she was better known, was born on November 21, 1929 to her parents Irene Smith (Montgomery) and William W. Wright in Phoenix, AZ.

Maxine graduated from North High School in 1947, got her associate degree from Phoenix College and a Bachelor’s degree from Arizona State University. She retired from Salt River Project (SRP) in 1989 after 29 years. While working for SRP she enjoyed joining her co-workers to help feed the homeless at the Andre House; playing golf and bowling with the company leagues, and going to the Para Club. She was part of the team that started the Energy Efficient Home Total Electric program at SRP. After retiring from SRP she decided to travel the world: France, Italy, Greece, Australia, Egypt, Hawaii (just to name a few) always keeping her grandchildren in mind by bringing back souvenirs for them.

Funeral services will be held privately due to COVID 19 restrictions. Those who wish to attend virtually may view the service at https://www.facebook.com/WhitneyMurphyFH/live/ on Monday, December 14, 2020 at 10:00 AM.

Offer Hugs From Home Condolence for the family of RATTER, DORIS MAXINE