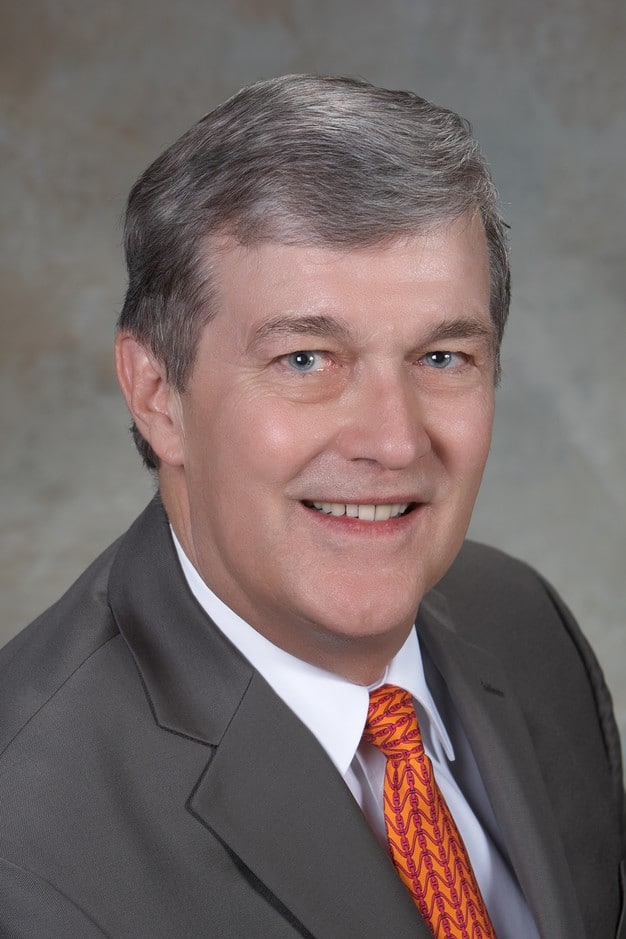 Calvin Lee Raup, known to friend and foe alike as “Cal,” died at home on Friday, November 26, 2021, of an exceptionally rare form of cancer called NUT carcinoma. A singularly brilliant man and talented litigator, Cal was a mainstay of the medical-legal community in Arizona; his encyclopedic knowledge of healthcare law was second-to-none, making him one of the finest legal minds in the Valley. He commanded respect among his colleagues throughout his field. He was rated among the Best Lawyers in America in Healthcare Law as well as four categories of Litigation: Healthcare; Personal Injury & Death; and both Plaintiff’s and Defense Medical Malpractice.

Cal was born in Austin, Texas on September 28, 1948, the second son of Calvin Ray Raup and Mable Irene Davis. He lived there until his twenties, graduating from University of Texas at Austin in 1971 with his degree in business. He then attended Texas Tech University, graduating from law school cum laude in 1975. He was admitted to the Texas State Bar in 1975, then to the Arizona State Bar in 1976. After moving to Arizona, Cal became increasingly involved in healthcare law and served as a medical malpractice defense attorney for nearly 40 years before beginning to take plaintiff’s cases. He represented doctors before the board on everything from complaints to privilege loss to impairment and recovery. He joined the University of Arizona’s College of Medicine in 1999 as a Professor of Practice, teaching an unforgettable seminar called “The Anatomy of Malpractice” that provided invaluable (and entertaining) instruction to medical students regarding the realities of medical litigation. He published articles, spoke at dozens of conferences, and traveled all over the country in service of his clients.

Early on in his career, Cal made it a goal to become AV rated by Martindale-Hubbell by age 40, an aim he forgot somewhere along the way. Sometime in the year after his fortieth birthday, Cal remembered to look himself up: he had made it without even realizing. While he played the consummate attorney with ease, with a biting wit and didactic mien, this quiet humbleness was one of Cal’s rarest and most beautiful traits. His accomplishments, and his life, were in service to others.

His amateur loves included photography, aviation, and computers. He voluntarily bought and read cover-to-cover a set of giant Microsoft manuals, making him the go-to guy for years when something went wrong with your computer. He held a private pilot’s license briefly and could tell you the type of plane overhead based on a miniscule silhouette. On family vacations, his nose was invariably buried in the petals of some brightly colored flower—albeit via telephoto lens.
Cal is survived by his beloved wife Angela; his brother Jim Raup; his son Grant and grandson Davis; his daughter Gretchen Pierce and granddaughter Heidi; and his daughter Christina and step-granddaughters Luca and Zoya.

In lieu of flowers, gifts may be made to Dana-Farber Cancer Institute in memory of Calvin Raup to support cancer research. To ensure the funds are allocated properly, please mark the memo line of a check or the ‘Tell Us Why You Give’ field on the website with the term ‘NUT Carcinoma.’
Dana-Farber Cancer Institute
P.O. Box 849168
Boston, MA 02284
or via www.dana-farber.org/gift.

Offer Hugs From Home Condolence for the family of RAUP, CALVIN LEE