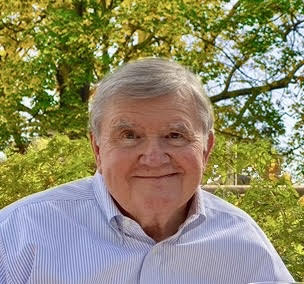 Paradise Valley – It is with great sadness that the family of Oliver (Michael) Ray 79, announces that he lost his battle with cancer and passed away on July 31, 2022, with his loving family at his side. Michael was born on November 22, 1942 in Kansas City, Missouri, and was the child of Eugene Monroe (Charlie) Ray and Lois Burnett Ray.

The family moved to the valley from Arkansas in 1946 where his father established Ray Lumber Company.

Michael graduated from Madison One in 1957 and from there he graduated from Central High in 1961, which was then the first four-year graduating class.

He graduated from the University of Arizona in 1966 where he was a member of the Phi Delta Theta fraternity, and there he affectionately acquired the nickname “Hogger”.

He proudly served in the Air National Guard for six years.

He was married to Teresa Akey Ray in 1969 and they were married for 31 years, parted ways, but always remained close friends. They are the proud parents of two loving sons, Charles “Charlie” Ray, and Christopher “Andy” Ray (deceased). As a family they had many fond memories of spending time at their cabin in Pinetop, ski trips to Aspen and vacationing on the California coast.

He was employed at United Wholesale Distributors, one of the subsidiaries of the Ray Lumber Company, and later became President and sole owner. He sold the business in 1987.

He later met Karen Martin and together they enjoyed a wonderful life together, traveling, and enjoying family vacations to Newport Beach and Pinetop. The Ray family is so very thankful for the loving care that Karen gave to Michael up to his very end.

Michael was an avid hunter and had all but the big horn sheep for the big ten for the state of Arizona. He also was an avid golfer in his earlier years and was always there to support the Thunderbirds and playing in their opening golf event. He cherished all the many wonderful friendships he made throughout the years, on and off the golf course.  We all will remember Michael for his beautiful smile, with a kind and generous heart.

He was preceded in death by his father, Eugene Monroe Ray, mother Lois Burnett Ray, and son Christopher Andrew Ray.

He is survived by his son Charles Michael Ray, partner Karen Martin, her loving family, his ex. Teresa Ray and many cousins, nieces, and nephews.

Fond memories and expressions of sympathy may be shared at
www.whitneymurphyfuneralhome.com
Donations honoring his memory can be made to Arizona Game and Fish Department (www.azwildlifehero.com) or the charity of your choice.

A Celebration of Life is planned for a later date.

Offer Hugs From Home Condolence for the family of RAY, OLIVER MICHAEL