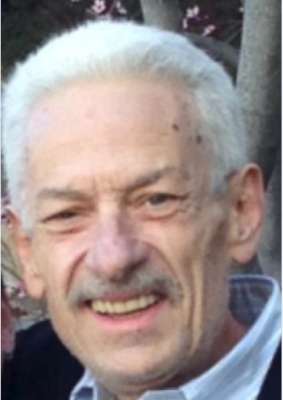 Jeffrey Raymond passed away at 65 years old in his home in Scottsdale, AZ due to complications of pancreatic cancer. Jeff was born February 21, 1950 in Battle Creek, MI to his parents Joseph and Leola Raymond. He spent most of his life growing up in Monona, WI with his brothers Jack, Peter, Paul and Jimmy and sisters Judy and Mary Jo. Jeff spent the early part of his adult life using his incredible creativity as a visual merchandising manager for various department stores taking him from Madison, WI to Phoenix, AZ and Fort Lauderdale, FL. Ultimately, Jeff returned to Phoenix where he opened his own business, Arcadia Flowers with his long-time partner and husband, Dick Miller. Jeff’s amazing artistic talents allowed him to bring joy and beauty to countless lives and enabled him to form life-long friendships. These relationships provided him with invaluable comfort, love and gratitude during the final days to months of his life. He stated many times that he was overwhelmed with how many good people surrounded him. Jeff would tell you today that his true little treasurers were his grandchildren, Evan and Connor Laux, Sydney, Raegan and Elle Pickhard, and Lily and Smith Burns. Some of his favorite moments with them were sharing desserts, watching their little gears turn, teaching them how to properly dip a cookie in milk, cuddling them and admiring their many art projects. Jeff is survived by his husband, Dick Miller; daughters, Kelly Laux (Jeff) of Glendale, AZ, Erin Pickhard (Nick) of Oregon, WI and Julie Burns (Dave) of Ashville, NC; brothers, Jack, Peter and Paul and sisters, Judy and Mary Jo and seven grandchildren. He is preceded in death by his mother Leola and father Joseph, brother Jimmy, sister Theresa, daughter Aimee and his best buddy and canine soulmate, Max. A visitation will be held in honor of Jeff from 5:00 – 6:30 PM, with a Memorial Service at 6:30 PM, followed by a reception, Friday, August 7, 2015 at Whitney & Murphy Funeral Home, 4800 E. Indian School Road, Phoenix. Interment will take place at Resurrection Cemetery in Madison, WI. In lieu of flowers, Jeff requested contributions to a memorial fund for his grandchildren’s future educations – Jeff Raymond Memorial Fund with UW Credit Union, PO Box 44963, Madison, WI 53744, 1-800-533-6773

Offer Hugs From Home Condolence for the family of RAYMOND, JEFFREY “JEFF” CLIFTON