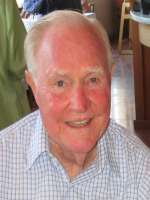 Born in Anna, Texas to CA (Clarence Abram) and Bessie Reaves. He lived to ~81 years (born Feb 11th, 1931 and died Jan 8th, 2012). Survived by his brother: CA, jr (Clarence Abram, junior) and sisters (Marie and Ruby Jane), and his wife, Margaret; sons, William and David; daughter, Susan. He has 7 grandchildren, which he adored and that share his passion for sports, competition and learning. Billy traveled extensively in Asia. He first went to Japan and Korea with the US Air Force during the Korean War. He met his wife Margaret (she was an Air Force nurse) in Japan and was married in Japan on August 13th, 1960. He later worked for the US Military Newspaper, Stars and Stripes, as the Circulation and Distribution Manager, living in Japan, Korea, Philippines and Guam. He travelled frequently to Vietnam and Thailand during the Vietnam War. He then went on to start his own company, Reaves News Agency that contracted with the US Military and distributed the Stars and Stripes in Japan and Guam, as well running all bookstores on US bases and war ships in Japan and Guam. He expanded his business from newspapers and books with the start of BHR Business Center, Inc., selling US sporting goods (golf clubs and tennis racquets) to Japanese Department Stores. He was a successful and generous business man that provided well for his family. After leaving Asia, he lived in San Diego, Sacramento and Phoenix. A true champion in every sense: husband, father and sportsman (especially tennis, golf, baseball and bowling). He was an avid tennis player and familiar face at the Tokyo Lawn Tennis Club from 1950’s – 1980’s, as well as the La Jolla Tennis Club and Scripps Ranch Swim and Racquet Club (San Diego, CA) in the 1970s-1990’s. He played golf regularly at the Silverado Golf Club in Scottsdale, AZ. He loved all sports and that passion has been passed to his children and grandchildren. He was a loving, kind and generous husband, father, relative and friend. He will be missed tremendously.
Memorial will be held January 19th, 2012 Phoenix, Arizona, USA; at 9am at the Franciscan Renewal Center, 5802 E. Lincoln Dr, Paradise Valley, AZ 85253. In lieu of flowers, please send donations to American Diabetes Association or the Prostate Cancer Research Center.

Offer Hugs From Home Condolence for the family of REAVES, BILLY HOUSTON