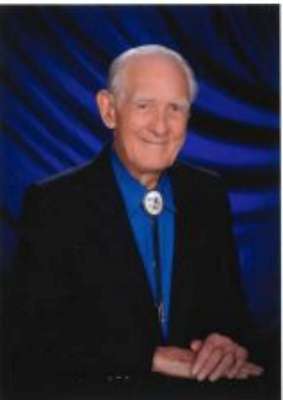 Wallace A. Reed, M.D. died on Friday, March 7, 2014 at the age of 97. He was preceded in death by his loving wife of 69 years, Maria. Dr. Reed was born in Covina, California and became a physician like his father and grandfather before him. He retired from anesthesiology in 1989 after a 45-year career.

Dr. Reed’s career of service started in the military (1942-1946), including employment at Valley   Forge General Hospital

Even in the sixties it was obvious to Dr. Reed that there was a need to reduce the cost of health care without sacrificing quality. When he heard the story of an uninsured barber who explained it would take 125 haircuts to pay for his child’s surgery he was inspired to action! Dr. Reed and his business partner John L. Ford, M.D. founded the Surgicenter in 1970, the first freestanding ambulatory surgical facility. Despite numerous political challenges the building was started, the operating crew was assembled and on February 12th, 1970 (Abraham Lincoln’s birthday) the first five cases were performed. The number of cases rose from 2,411 the first year to 5,002 the third year. Dr. Reed formed the “Society for the Advancement of Free-standing Ambulatory Surgery Care” now FASA in 1974. Dr. Reed was also a founding member (as its 2nd president from 1981-1983) of the Accreditation Association for Ambulatory Health Care (AAAHC).

Dr. Reed served on numerous additional boards and committees throughout his career. He was an honorary staff member of Good Samaritan Hospital, St Joseph’s Hospital, Maricopa County General Hospital, and Phoenix Children’s Hospital. He was Vice President and President of the Maricopa Foundation for Medical Care 1970 to 1974. He was a Member of the House Ways and Means Advisory Committee 1975 to 1976, on the Advisory Council of National Health Institute, and a member of the Accreditation Council for Ambulatory Health Care (Joint Commission on Accreditation of Hospitals). He served on the Society for Ambulatory Anesthesia board of directors, and as Federated Ambulatory Surgery Association (FASA) president from 1974 to 1975.  He was   Academy of Anesthesiology Director and President.  He was a member of the Board of Directors for the Alzheimer’s Association for the Greater Phoenix Chapter and co-vice president 1998 to 2000.  He served as Co-chairman of the Medical and Science Advisory Committee of the Desert Southwest Chapter of the Alzheimer’s Association, and Education Director of the Surgicenter of Phoenix (AZ) 1987-1997. He served as Seed Money For Growth Foundation President from 1984 to 2011.

He received the Pinal County Award from the Arizona Psychiatric Society 1967-1968, the Dooley medal in 1970, the Hon Kachina Award (1977), the Gerard B. Lambert Merit Award for innovative ideas that improved patient care in 2000, Samba Distinguishing Service Award in 2000, and Distinguishing Service Award for the Arizona Society of Anesthesiology in 2003 and the Health Care Heroes, Lifetime Award (2010).

All his numerous recognitions, awards and accolades, were not as important to Dr. Reed as the love of his beloved Maria, his relationships with friends and family, his second family (the Surgicenter team) and the WarMer team who first cared for Maria through her journey through Alzheimer’s and then circled again to care for him.

Dr. Reed’s extended family, numerous friends, “WarMer” team, and the Surgicenter “family” all have special, loving memories of him and feel blessed to have known someone who was such a treasured part of so many lives for so long.  Dr. Reed offered assistance to many over the years, financial and otherwise, and touched and inspired so many. He was a fierce defender of the disadvantaged. He was a man of great generosity who delighted in bringing candy to those with whom he did business, tellers at the bank, Surgicenter staff and even the dentist’s office; they called him the “candy man”.

The things for which we will most remember Dr. Reed are his compassion, generosity, love, appreciation, sense of humor and gratitude. These qualities along with his brilliance, determination and strength made him a rare and precious soul.

He was a valued member of Central United Methodist Church for 64 years. Dr. Reed ushered proudly until 2011. In lieu of flowers, it was Dr. Reed’s hope that a remembrance contribution be made to Seed Money for Growth Foundation at 4716 N. Dromedary Rd. Phoenix, AZ, 85018 or the Alzheimer’s Association, Desert Southwest Chapter, at 1028 E. McDowell Rd., Phoenix, AZ 85006.

Visitation will be held on Thursday, March 20, 2014 from 4-8 pm at Whitney & Murphy Funeral Home located at 4800 E. Indian School Rd. and a Funeral Service will be held at Central United Methodist Church located at 1875 N. Central Avenue on Friday, March 21st at 10:00 am.

Offer Hugs From Home Condolence for the family of REED, WALLACE A. M.D.