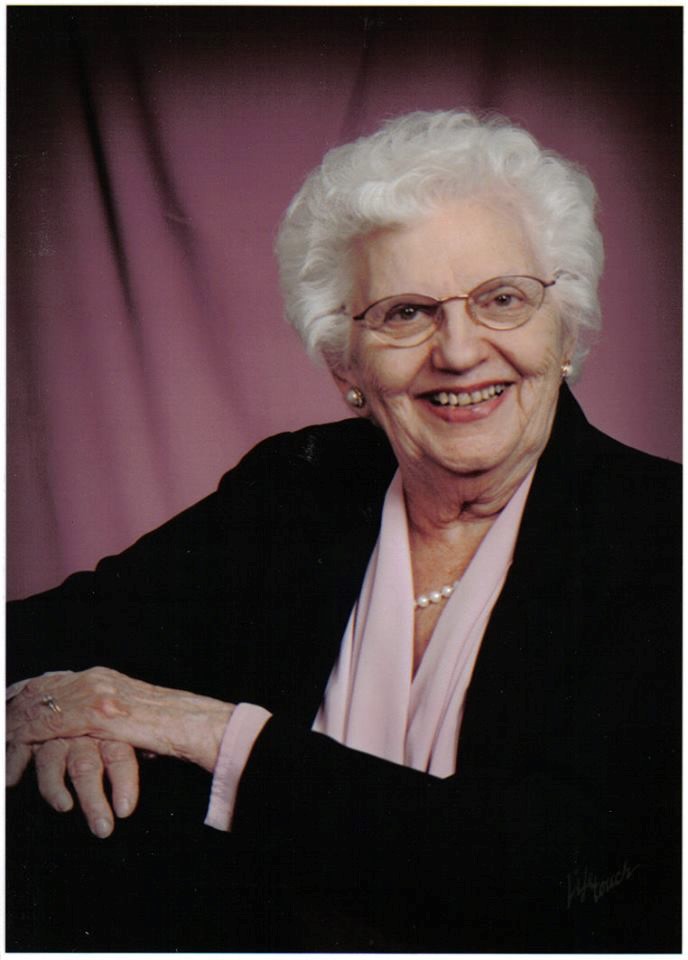 Rosemary M Reichenberger, 92, was called home to heaven on September 25, 2018. She was born to John and Florence Gill in Albuquerque, New Mexico. Her family moved to Phoenix in 1928. After graduating from St. Mary’s High School and Phoenix College, she met the love of her life, Raphael “Ray” Reichenberger. They taught catechism together under Father Albert Braun. The two raised their family in the St. Agnes Community contributing to the Sodality of Our Lady and the Knights of Columbus. While Ray built many of the Phoenix Diocese churches, convents and social halls, Rosemary was home leading groups of Cub Scouts and Camp Fire Girls. Later in life, Rosemary returned to work as an Office Manager for Guardian Burglar Alarm. After her retirement, she was irreplaceable in the Legion of Mary, serving as Prefect and leading the St. Agnes Youth Group. Her final years were spent visiting Nursing Homes comforting the elderly. She is survived by her 2 sisters; Betty Peterson and Pat Adams, 6 sons; John, Edward, Michael, Donald, Stephen and Gerald, her 3 daughters; Sharon, Carolyn and Patricia, 14 grandchildren, 7 great-grandchildren and 2 great-great-grandchildren. Visitation will be held from 6:00 P.M. – 8:00 P.M. on Friday, October 5, 2018 at Whitney & Murphy Funeral Home, 4800 E. Indian School Road, Phoenix. A Funeral Mass will be on Saturday, October 6, 2018 at 10:00 A.M. at St. Agnes Catholic Church, 1954 N. 24th Street, Phoenix. In lieu of flowers, please sign up for the Alzheimer’s Walk on November 3, 2018, to help those afflicted by the disease that took our Rosemary. She has left a legacy of love that we can all model our lives after. http://act.alz.org/goto/WalkForRosemary
Condolences may be expressed at www.whitneymurphyfuneralhome.com

Offer Hugs From Home Condolence for the family of REICHENBERGER, ROSEMARY M.