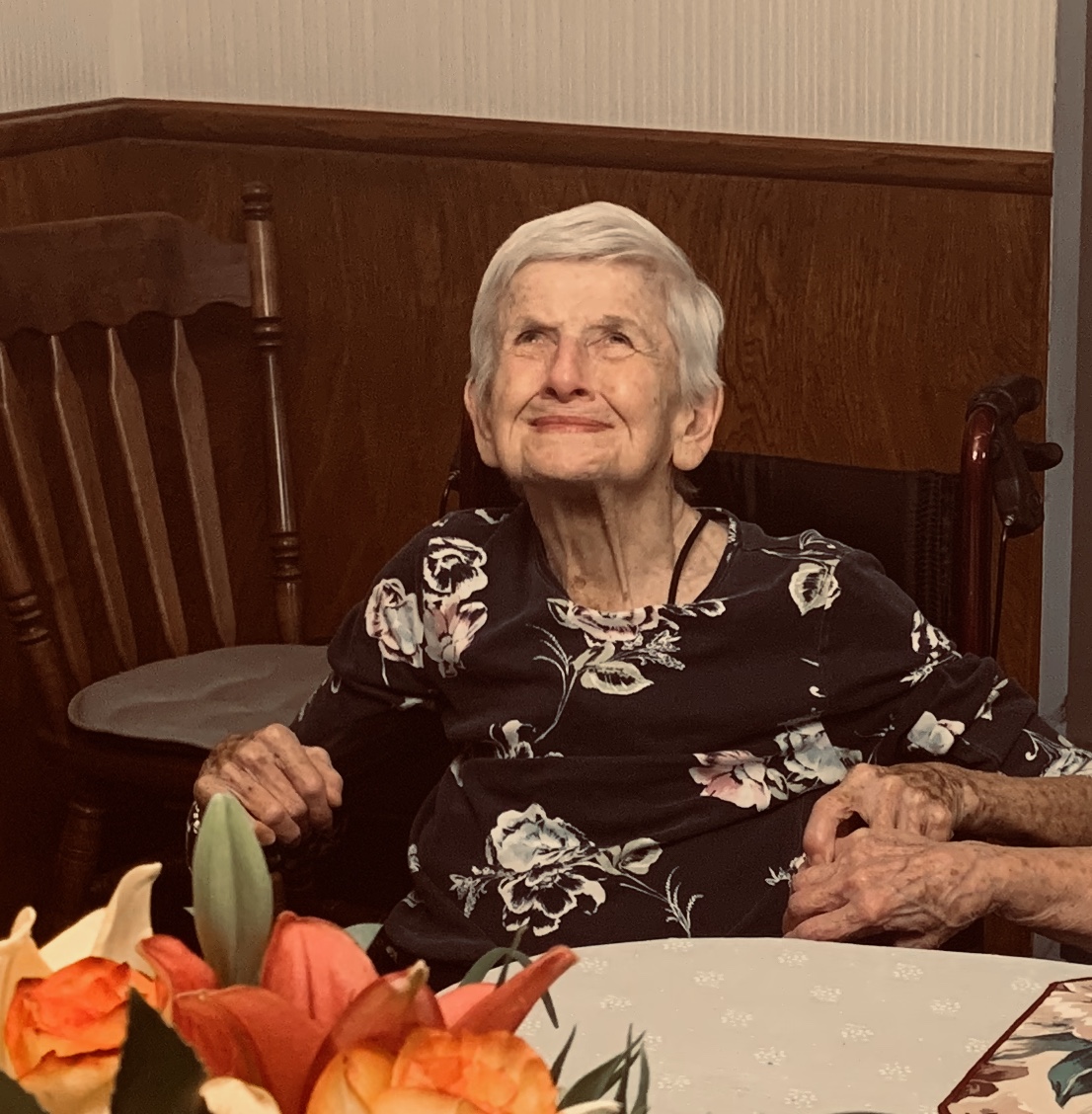 Margaret Reis, “Margie”, passed away peacefully at home on Friday, May 8, 2020. Margie was born on May 14, 1928 in Bogota New Jersey. She was one of four children born to parents Helen and Edward Reis.

She was preceded in death by her parents, older sister Betty Beuerlein, and younger brother Ed.

She is survived by her older sister, Helen Reis, who devoted her later years in life to caring for both Margie and Ed. She is also survived by brother-in-law Charlie Beuerlein, nephews Chuck, Jim, John, Steve and Ed Beuerlein, nieces Meg Staggs, Cathy Martin, Dottie Kacer, Maryellen Beuerlein, Judy Cardew, Terri Cusic and Linda Kelly, and many great-nieces and nephews.

Margie spent time in her early years working in the greenhouses at the Beuerlein’s Home of Flowers in New Jersey and later served as President of the Blind-Deaf Organization in both New Jersey and Arizona. She was recognized for her contribution to the Interpreter Preparation Program at Phoenix College.

Margie faced many great challenges in life, being born deaf and later losing her eyesight. Despite these obstacles, she went through life with an upbeat and positive attitude, spending her later years as her brother Ed’s eyes and constant companion. After moving to Arizona in 1998, to be near their extended family, Margie and Ed became involved with the Valley Center of the Deaf in Arizona.

The organization, including its volunteers and staff, helped make their lives full and adventuresome, including many out of town trips. One of Margie’s favorites was a trip to Sea World in San Diego, where she got to experience being in the water with dolphins. Thanks to these very devoted and caring interpreters and SSP’s, Margie and Ed were able to live a very full and wonderful life!

Funeral Mass will be held on Friday, May 15, 2020 at 10:30 a.m. at Saint Thomas the Apostle Catholic Church at 2312 E. Campbell Ave., Phoenix. Interment will be at St. Francis Catholic Cemetery. Condolences may be expressed at www.whitneymurphyfuneralhome.com

Offer Hugs From Home Condolence for the family of REIS, MARGARET “MARGIE”