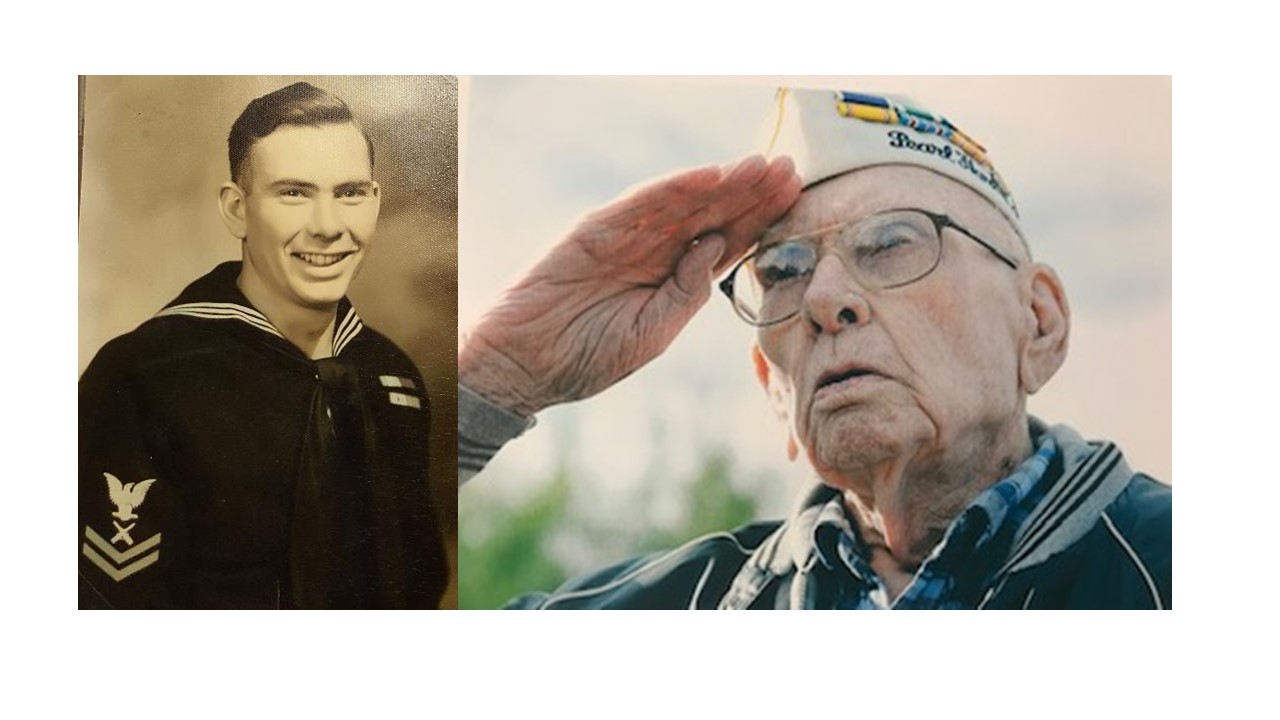 With his family by his side, Marvin (96) passed away on November 21, 2018. Born May 1, 1922 to John and Ella Rewerts in Cottonwood, Minnesota. With the loss of his father at the age of 6, his mother raised his 5 other siblings during the Depression era. Marvin married the love of his life, Ruth Lanoue, in 1944, until her death in 2004. From 1940-1946, Marvin proudly served his country in the US Navy. He was on board the USS Thornton in Pearl Harbor as a gunner’s mate when the Japanese attacked December 7, 1941. It was not until August 1945, just days before the war ended, that Marvin’s ship, the USS Borie, was hit by the last kamikaze plane to fly. He received the Purple Heart for his service. After the war, Marvin and his family moved from Minnesota to Phoenix in 1951. He retired after 26 years with Crystal Bottled Water (Sparkletts) as operation manager in 1981. After retiring, Marvin and Ruth, moved to Strawberry/Pine until Ruth passed away in 2004. He lived with his daughter, Ellen, until 2015 where he lived his final years at The Groves in Goodyear. Marvin is preceded in death by his wife of 64 years, Ruth, mother Ella, father John; brothers, James (Arte), John (Margaret); sisters Mable (Clair), Dolly (Leon), Helen (Curtis) and grandson (Patrick). Marvin is survived by his daughter Ellen (Gary) Singer; sons, Gary and Bret (Julie) and grandchildren, Kelly (Mia), Rick (Mandy), John, Jake and Joycelyn and great-grandchildren, Courtney, Wyatt, Hadlie and Tate. We wish to thank The Groves and The Sage Hospice service. A Visitation for Marvin will be held from 4:00 P.M. – 6:00 P.M. on Sunday, December 2, 2018 with a Funeral Service at 11:00 A.M. on Monday, December 3, 2018 at Whitney & Murphy Funeral Home, 4800 E. Indian School Road, Phoenix. A Graveside Service will follow at 1:00 P.M. at the National Memorial Cemetery of Arizona, 20239 N. Cave Creek Road, Phoenix.

Offer Hugs From Home Condolence for the family of REWERTS, MARVIN W.