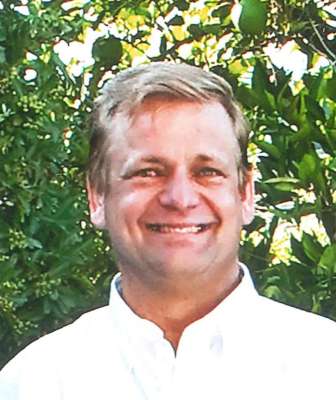 52, passed on to the Lord on January 6, 2016. Eric is survived by his parents, Robert V. and Bobbie Rice of Phoenix, AZ, an older brother Steven and his wife Therese of Westlake Village, CA along with his younger sister, Kathy and her husband, Eric Meyertons of Austin, Texas. He had 6 nieces and nephews, Travis and Garret Rice and Carl, Christa, Kendall and Kayla Meyertons and his great nephew Eric. Eric graduated from Arcadia High School in 1982 and even though he was deaf he excelled in basketball and football. He went on to Mesa Community College where he played football for 2 years. During his working career Eric was in construction, a certified boiler mechanic in the industrial laundry business, and ran his own home service repair company with many satisfied customers. Eric had a wonderful smile and sense of humor that his friends and family will long remember. A Funeral Service will be held at 2:00 PM, Saturday, January 30, 2016 at Whitney & Murphy Funeral Home, 4800 E. Indian School Road, Phoenix.